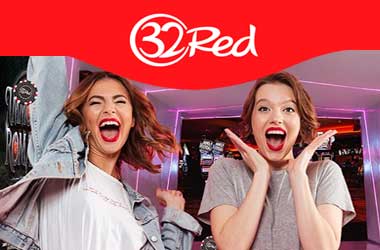 The UK government has adopted a very strict stance on problem gambling in recent times with quite a few online gambling operators getting into hot water. This is mainly to combat the increase in gambling addiction throughout the country. The latest move to in this regards comes from the UK Gambling Commission (UKGC) who imposed a harsh penalty on 32Red, a popular online casino in the UK. The fine was imposed as 32Red did not do enough to prevent a problem gambler from accessing its website.

According to the UK Gambling Commission, 32Red should have seen the danger signs when the gambler deposited £758,000 in a period of two years. Further signs that 32Red ignored was the player admitted that they had gambled too much and that they were playing just to recover from their losses.

The UKGC decided to impose a harsh penalty because gambling regulations required licensed operators such as 32Red to step in when there is evidence that a player is showing signs that they are addicted to gambling. The UKGC also discovered that 32Red did not investigate if the player was spending beyond their means, another requirement that is required of licensed operators.

In a statement, Richard Watson, the executive director of the UKGC said

Instead of checking on the welfare of a customer displaying problem gambling behaviour, 32Red encouraged the customer to gamble more. This is the exact opposite of what they are supposed to be doing. Operators must take action when they spot signs of problem gambling and should be carefully reviewing all the customers they are having a high level of contact with

32Red actually encouraged the gambler's addiction by giving them VIP status. Additionally, the customer regularly made comments that according to the UKGC should have been obvious signs that the player was addicted.

Money laundering restrictions were also not followed by 32Red. The company did not check on the customer's source of wealth, even when the customer's monthly deposits greatly exceeded the customers supposed income.

In response, 32Red, which is part of the larger Kindred Group of gambling companies, accepted the fine and started to adjust its operating procedures to be stricter on potential problem gamblers. A spokesperson for the company said that the company is dedicated to ensuring its customers can play in a safe and secure environment and is doing its best to improve its business processes.

Crown Perth To Become Subjected To An Investigation By The WA regulator?