Chicago has fought long and hard to get approval to have a land based casino in the city. Market analysts predicted that there would be a lot of competition from some of the biggest casino operators in the world to get the sole casino license and build a mega casino resort in Chicago.

So when Chicago finally got the necessary approval to proceed with a land based casino, Mayor Lori Lightfoot expected some of the biggest names in the industry to apply for a casino license.

Licensed operators were expected to send in their proposals outlining how much they intended to invest and what they intended to do if they were awarded the casino license in Chicago. The deadline to submit their proposals was August 23. However the response has been underwhelming as some of the big names in the industry including MGM Resorts have decided not to pursue a casino license in Chicago.

Unconfirmed reports suggest that so far only one casino operator has sent in a proposal. Casino investor Neil Bluhm has teamed up with Related Midwest and submitted a proposal. Related Midwest is currently looking to develop a big piece of real estate called The 78 which is just off Clark Street and Roosevelt Road.

There are many reasons why top casino operators have been reluctant to pursue a Chicago casino license. One of those reasons is because Mayor Lori Lightfoot is yet to confirm a specific location as to where the casino resort will be built. Most developers prefer for it to be built within the city but Lightfoot has suggested that it would be better for the casino resort to be developed on the outskirts as those areas were in more need of development.

Due to the poor response, Lightfoot has had no option but to extend the proposal deadline. The new proposal deadline has now been extended to October 29. The proposals must have clear cut details regarding mandatory requirements which include a 500 room hotel, entertainment venues, retail space, restaurants and bars.

The casino is very important to the city of Chicago as analysts estimate it will generate $200 million each year in taxes, create thousands of part-time and full-time jobs and boost local businesses. The Illinois Gaming Board will make the final decision on license approval.

Borgata Casino Hands Over $100k Received From Minors To NJDGE 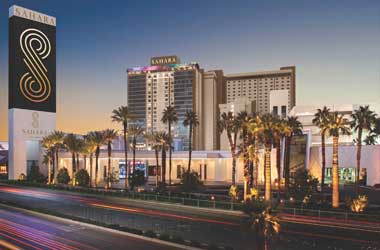