Appearing before Chief Judge Ramona Manglona of the US District Court for the Northern Mariana Islands, all three parties stated that they were already in the advanced stage of the negotiations and anticipate executing the settlement by July 18.

However, a source close to the negotiations has said the parties have yet to finalize some of the terms of the settlement as of July 19, contrary to what they had told the court last Tuesday, July 12.

BSI, IPI, and CCC are required to notify Judge Manglona of any relevant updates about the settlement, whether or not it was finalized as scheduled. If negotiations break down and no settlement is executed by the agreed date, the next step for the CCC is to submit by July 22 a filing opposing BSI and IPI’s motion for preliminary injunction.

BSI and IPI should then file their response on or before July 29. The court will then conduct a hearing on BSI and IPI’s motion on August 18.

It remains unclear whether the parties have already informed the court about the current status of the settlement.

The Hong Kong based IPI previously asserted via court documents its capability of paying the amount required by the settlement, citing that it was set to secure a major investment from IH Group amounting to $150 million, but an IH Group representative who appeared before the court last week fell short of mentioning the exact amount of the investment.

According to a reliable source, the funds won’t be handed out in full, with IPI due to receive the first $10 million by end of June. IPI has yet to release any updates on the said investment.

IPI at Risk of Losing License

IPI has been in troubled waters in recent months after the CCC sought immediate revocation of its casino license. The move was due to IPI’s failure to comply with the CCC’s final order in relation to four enforcement actions against the company which required it to pay millions in regulatory fees.

IPI managed to obtain a temporary restraining order (TRO) to block CCC from conducting a license revocation hearing in May this year. The court extended the TRO through to July after the parties agreed to settle the matter. 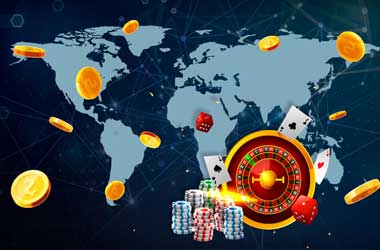