Israeli Prime Minister Benjamin Netanyahu has created an inter-ministerial team to explore the feasibility of setting up casinos in southern resort city of Eilat, located in the Red Sea region, despite widespread opposition to the plan. Tourism Minister Yariv Levin has been appointed by Netanyahu as the team head.

According to preliminary study conducted by the Tourism Ministry of Israel, a casino complex in Eliat that has between two to four casinos would be profitable.

The recommendation from the ministry’s team also suggests permitting Israelis into the casinos as a measure to curtail the number of Israelis gambling abroad or placing illegal online bets. The team however has recommended restrictions of time or money spent to be imposed on Israelis to keep them in check.

PM Netanyahu proposed the casino project in order to revive the city of Eilat and create jobs for its residents, but the move has been drawing flak from majority of lawmakers in Israel including members of the Cabinet saying that it is an unacceptable measure. Eilat’s tourism industry has dropped by 40 percent over the past five years.

In a statement, Naftali Bennett, education minister and the chairman of Habayit Hayehudi said,

The establishment of a casino in Israel is both morally and practically unacceptable. It’s morally unacceptable because a casino contradicts the values of our country, strengthens the strong and weakens the weak. And it is unacceptable practically because we will all need to subsidize the physical and emotional damage that the casino will bring with it.

Other opposing lawmakers include Social Affairs Minister Haim Katz (Likud), Arye Dery of Shas, Knesset Finance Committee chairman Moshe Gafni of United Torah Judaism. Shas is maintaining the position that casinos will benefit only the tycoons and rich and harm the weaker sections of the society. Finance Minister Moshe Kahlon, head of the Kulanu party has however stated that he would decide after reviewing a draft bill on the matter.

It is believed that PM Netanyahu has informed his ministers of the clarification received from the Jewish-American casino tycoon Sheldon Adelson, who made a statement saying that he would not invest in any casino in Israel. The Last Vegas Sands Chairman is known to be one of PM Netanyahu’s biggest supporters and the clarification could be a possible attempt to counter charges that the project is aimed at benefitting Adelson.

An increase in cases of gambling addiction is being reported across Israel and is fuelling such opposition against the casino industry. Aharon Shabi, director of addiction treatment services in the Social Affairs Ministry, has warned that having casinos is likely to increase gambling addiction that causes distress to the families and also increases violence in society. 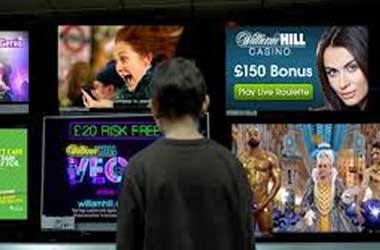