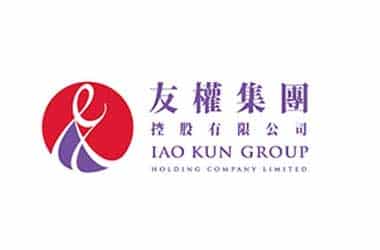 This follows its announcement last week that it was doing a strategic review of its operations and was shutting down its VIP gaming room located at Sands Cotai Central, a Sands China casino.

The closure of VIP rooms in Macau is a result of the company’s cost cutting measures. The most recent closures of Iao Kun VIP rooms are the ones at the StarWorld Hotel located on the Macau peninsula and at Galaxy Macau which is in the Cotai district. Both these properties are owned by casino operator Galaxy Entertainment and have been closed since September 10. The company has also revoked its existing contracts with companies Sang Lung Gaming Promotion Ltd and Sang Heng Gaming Promotion Ltd who served as business partners and operated VIP rooms in Macau’s casinos.

Galaxy Entertainment has however issued a contradictory statement saying that it had terminated its contract with Iao Kun due to breach of agreements. Buddy Lam Chi Seng, assistant senior vice president of public relations at Galaxy Entertainment said that the company would be pursing legal action due to the breach. The closure of these two rooms is likely to result in cost savings of over US$4 million per annum for Iao Kun.

Iao Kun said that it will be continuing to take action under its strategic review to reduce operating costs. The unaudited rolling chip turnover for the company for August was around US$110 million, which was a drop of 75 percent year-on- year. This was the 23rd straight month of decline for Iao Kun.

For the first eight months of this year, the rolling chip turnover was US$2.41 billion, which was a fall of 50 percent over for the same period in 2015. Iao Kun has also been recently warned by Nasdaq where it is listed, that it was in breach of the requirement to maintain a minimum bid price of $1.00 per share on its shares. The company has 180 days to comply and needs to maintain the minimum level for a period of 10 consecutive days.

Iao Kun has said that it will retain its operations at two Macau properties namely the City of Dreams Macau run by Melco Crown Entertainment Ltd and Le Royal Arc, a gaming facility operated under SJM Holdings Ltd’s gaming license.

Junket operators have been facing the brunt of the continuous decline of Macau’s VIP gaming market, which was triggered by the anti-corruption campaign launched by the Chinese government in early 2014.