Las Vegas Sands Corp has registered a sharp increase in its net income for the first quarter of 2017 on the back of its Macau and Singapore subsidiaries posting strong growth. Sands announced its results earlier this week which showed its net income to be up by 41.3 percent in the first quarter, hitting $578 million while revenue was up 14.3 percent to $3.11 billion.

Speaking at an analysts’ conference call, Las Vegas Sands chairman and chief executive, Sheldon Adelson, said that the company had experienced growth in both the key markets of Las Vegas and Macau.

In a statement, Sheldon Adelson said,

During the quarter, we again generated strong cash flow across all of our operations, with solid growth both in Macau and Las Vegas. After a challenging period, the Macau market is growing again, and its growth rate has been accelerating for three consecutive quarters. Our Macau operation is experiencing strong growth in both our mass gaming and non-gaming segments.

He observed that the opening of Parisian Macao in September last year had helped boost visitations by over 30 percent across its properties and also helped increase hotel occupancy levels by 440 basis points. Parisian Macao is a French-themed integrated resort located in the Cotai region of Macau featuring a life-size replica of Eiffel Tower.

Robert Goldstein, president and chief operating officer of Las Vegas Sands said that the company was now focusing on increasing its VIP market share. Subsidiary Sands China reported net revenue of $1.88 billion in the first quarter, an increase of 15.3 percent over same period last year. Net income was up 11.9 percent to $349 million during the same period.

The latest results cover the first full quarter of operations of Parisian Macao. Revenue recorded for the period was $318 million while adjusted property earnings before interest, taxation, depreciation and amortization (EBITDA) was $82 million.

Brokerage firm Mortgage Stanley however said that the Parisian Macao’s EBITDA could remain lower than Wynn Palace, which opened in August 2016. Wynn Palace is also located in the Cotai district and is operated by Wynn Resorts Ltd. According to the analysts, the EBIDTA for Parisian is lower by 30 percent to that of the Wynn Palace.

Sands’ Singaporean casino, Marina Bay Sands posted a growth of 15.9 percent in revenue to record $700 million for the first quarter. Its adjusted property EBITDA was up 32.7 percent to $365 million. 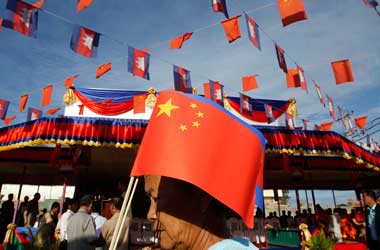