Macau To Profit From Hostilities Between China And South Korea

Macau To Profit From Hostilities Between China And South Korea

The gaming hub of Macau is expected to benefit significantly from the ongoing clash between China and South Korea.

According to a recent media report, South Korea is considering making a complaint against China with the World Trade Organization regarding the economic offensive initiated by China over the deployment of a U.S. missile system on South Korea-owned territory. A South Korean media report has attributed the comment about the possible complaint to the WTO to Lee Hyun-jae, who is the policy chief of the ruling Liberty Korea Party.

Reviewing the impact of the developments, a market analyst said that Macau could be the beneficiary since the tensions could dissuade Chinese gamblers from visiting South Korea.

The China National Tourism Administration warned earlier this month that Chinese visa applications to visit the Jeju Island in South Korea may run into problems. Jeju Island is a gaming destination that offers a visa-on- arrival system for Chinese visitors landing via international flights or cruise ships.

There are several casinos located on the island which analysts say are a big draw for Chinese mass market gamblers. But the analysts have also highlighted there is no correlation between the volume of mass market Chinese gamblers and earnings of the 16 casinos located on Jeju Island. For one casino operator Paradise Co Ltd, Chinese VIP gamblers contributed to 52.1 percent of its 2016 total drop.

A note issued by the Chinese tourism department highlighted that there had been a sharp increase in visa applications of Chinese visitors for entry to Jeju Island being rejected, with some of them having to wait long hours for the return trip. South Korea saw over 17.2 million international visitors in 2016, with almost 47 percent of them coming from China, as per data from the Korea Tourism Organization. In January of this year, mainland Chinese made up 46.3 percent of the total 1.2 million arrivals.

David Bain of Aegis Capital Corp. pointed out that the warning from China’s tourism body came just after the U.S. weapons system was deployed in South Korea. According to Bain, mainland Chinese travellers may seek alternative locations like Macau due to escalating hostilities. 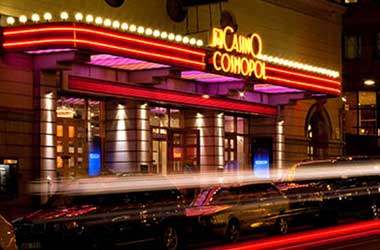