MGM National Harbour has a busy set of patrons every single day but on Feb 26, there was a mass exodus of foot traffic and no one was sure why this happened. The incident took place on when casino patrons at MGM were startled after hearing a loud noise and dashed to exit the venue

While investigating the mass exodus of visitors at the MGM National Harbour, Prince George’s County, Maryland, the police confirmed that a cracker explosion inside the premises was the reason for the frenzy. The police also acknowledged the occurrence of property theft after the explosion.

A police spokesperson said that the bursting firecrackers caused some patrons to rush out of the hotel premises. Despite the police’s confirmation of the property theft during the exodus, MGM National Harbour did not disclose any details but asserted their cooperation with the authorities in the investigation. The police department and the fire department of Prince George’s County said that more details might be available in the next few days.

Prince George’s County police chief Malik Aziz said in a briefing on 28 February that a fire alarm was triggered after the explosion, prompting the people to exit. Aziz further said that since the fireworks sounded akin to gunshots, the ensuing frenzy intensified. He hinted that the explosion and the sounding of the fire alarm might be a diversionary tactic by the people who committed the theft. However, he was tight-lipped about any confirmation on the events being related to each other as the matter is still under investigation.

Former reporter Margaret Moore Kellett, an attendee, recalled witnessing a crowd of people making a mad dash for the doors. She and other patrons inferred that the explosion was a bomb scare and that an active shooter was present inside the premises. Kellett said that the exit became tough to navigate due to the chaos as patrons were unclear about the exact source and had little time to react.

Kellett’s narrative about the exodus found support amongst other online casino commenters who reported hearing loud gunshots in the area. Some comments also described the presence of a shooter and suggested ‘grabbing some chips’ in the commotion.

Security and Other Staff at MGM Remain Tight-Lipped

The security team at MGM National Harbour was approached for more details about the incident and the resultant impact on their services. However, they refused to comment. The hotel’s management and communication personnel, managing security staff, and public information officers also declined to say anything about the event. 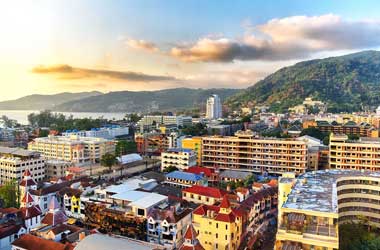