A number of UK MPs who advocate for stricter gambling controls have accused gambling firms of undermining their own pledge to refrain from advertising during the lockdowns associated with the COVID-19 pandemic. The all-party parliamentary group of more than 50 MPs tasked with reducing gambling harms stated that there were certain gambling firms who were skirting their pledge by airing social responsibility messages that essentially function as commercials for their services.

Last month, the Betting and Gaming Council (BGC), a trade group that represents the bulk of the gambling industry in the UK, made headlines by pledging to refrain from airing ads, in response to growing concern over problem gamblers, children, and other groups who may be vulnerable to such messaging.

The BGC’s campaign started in earnest on May 8, with members using their paid-for airtime slots for responsible gambling messaging. However, many feel that the messages were nothing more than normal gambling ads, with a token mention of “safer gambling” features.

Ads from the firms Mr Green, Mecca Bingo, Paddy Power, Sky Vegas, Casino.com, PlayOjo, and Coral have all garnered negative attention from the MPs. The MPs noted that the safer gambling messaging deployed by the firms online used the companies’ casino brands, rather than their generic names.

Player traffic for a number of online casinos has surged due to the lack of other gambling options in the midst of being forced to stay at home.

Conservative ex-leader Iain Duncan Smith and Labour’s Carolyn Harris who are leaders of the parliamentary group on gambling concurred that the recent messaging of BGC members has not differed substantially from their normal ads. The group stated that this is a clear indication that the gambling industry cannot be trusted to police itself, calling for the government to step in.

The BGC has fought back against the accusations, stating that their members account for just 50% of the gambling ads, the rest come from the National Lottery and Bingo. According to the BGC, the MPs’ group would be better served by encouraging other gambling operators to follow the BGC’s initiative.

The BGC has garnered criticism for their ad approach during the pandemic. Both Charles Ritchie of Gambling with Lives, a charity for victims of suicide related to gambling, as well as Professor Samantha Thomas, an expert on gambling market at Deakin University, have disagreed with BGC’s approach.

Ritchie and Thomas noted that although these firms conveyed safer gambling in context, the ads worked more to normalize and promote the firms’ services rather than dissuade viewers from gambling. They were also skeptical that the BGC was not fully aware of this angle. 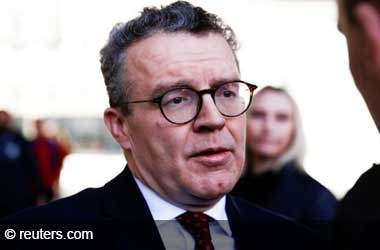