On 19th November 2021, Macau’s Court of Final Appeal upheld the decision given by the Court of Second Instance in 2018.

The court ruling has stated that the concessionaire is liable for the actions of the operators and providers under them, for damages and liabilities, making Wynn Macau Ltd. liable for Dore Entertainment’s reported theft.

The court stated that the best way to understand the case and its ruling was to consider article 29 of administrative regulation 6/2002, which imposed liabilities on the concessionaire for the activities of their gaming promotes.

Details Of The Case

In 2015, Wynn Macau casino hotel found itself facing an incident. Dore Entertainment, an operator in the hotel-casino, allegedly reported a theft of money by an ex-cage manager. The theft left many investors in losses, as Dore Entertainment had made a promise to pay higher returns than any other regulated bank.

In April 2018, Dore Entertainment had to pay for the theft of an HKD 6 million chip deposit from a client as per the Court of Second Instance verdict. The amount agreed on was the actual amount of chips stolen, HKD 6 million, along with an interest of HKD 3.65 million.

In 2018, the Court of Second overturned the decision of Wynn Macau not being responsible for repaying the deposits stolen. The court found that since Dore Entertainment was an operator overseen by Wynn Macau Ltd, the latter must bear joint responsibility for the amount decided upon in April 2018.

To support the verdict, the court stated that Wynn Macau Ltd “allowed” or even “tolerated” a gaming promoter’s activities, including the theft.

After the November ruling, Wynn Macau Ltd. is seeking legal advice from its Macau counsel. However, the verdict is final and binding for both Wynn Macau Ltd. and Dore Entertainment Co Ltd.

In March 2021, a former senior advisor to Macau’s Secretary for Economy and Finance, António Lobo Vilela, had predicted that the on-going case of Wynn Macau and Dore Entertainment could have crucial implications on the future of Macau’s gaming market and could change the dynamic of financial risks between casino operators and promoters. 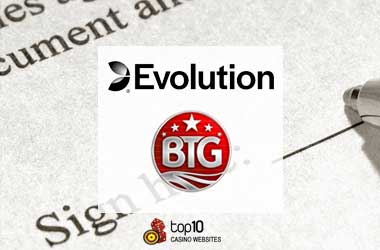