Legend of the 5 Ninjas 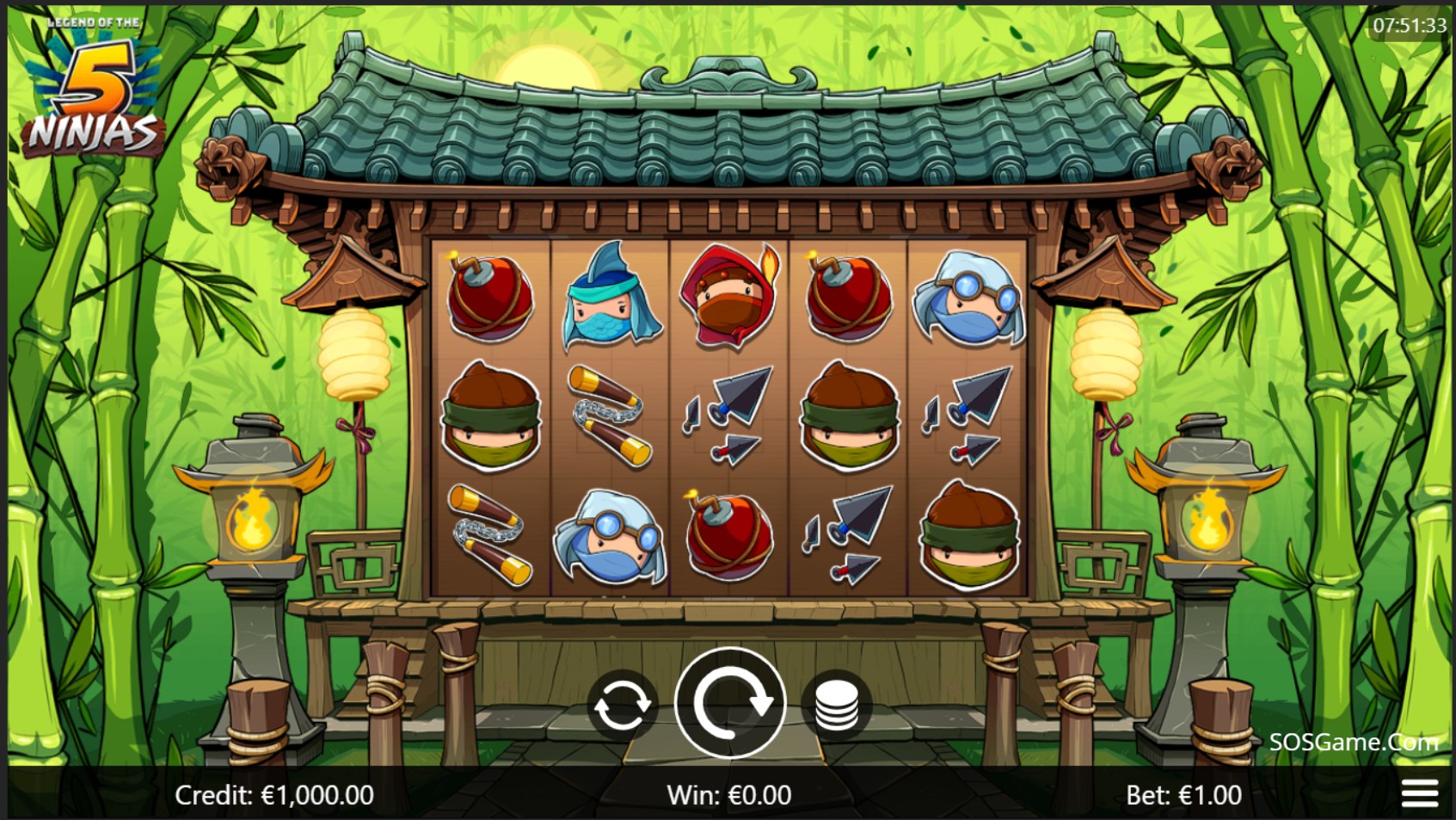 PLAY Legend of the 5 Ninjas Slot for Real Money or Free at:

Legend of the 5 Ninjas is a sequel to Five Ninjas by Eyecon, and it is their first slot made in HTML5 technology. It features a standard playing grid and 243 paylines.

Ka, Sui, Ku, Chi, and Fu have trained their whole life to master the ancient scroll and unravel its secrets. No one knows what the scroll hides, but the brave ninjas joined forces and plan on enduring the long and hard journey before them to claim its secrets and become legends. The video slot is beautifully done and has a cartoony appearance to it. The dojo where the ninjas train lies hidden deep inside a bamboo forest. The whistling of the wind is only broken by the sounds of battle coming from the inside.

Legend of the 5 Ninjas RTP

Legend of the 5 Ninjas has an RTP of 95.2%, which is, in my opinion, one percent under today’s average. Still, it is not a low number, as a 5% house edge is nothing you cannot beat with a little bit of luck.

Legend of the 5 Ninjas Gameplay

Eyecon did a fantastic job designing this slot and making it easy to jump into the gameplay. You will get to play on a grid consisting of five reels and three rows of symbols. Adjust your initial bet that ranges from 0.25 to 50.00 credits per spin and click the center button to spin the reels. A great thing about this slot is that it has a total of 243 paylines! To make things even easier, you can use the Autoplay feature that will automatically spin the reels for you. 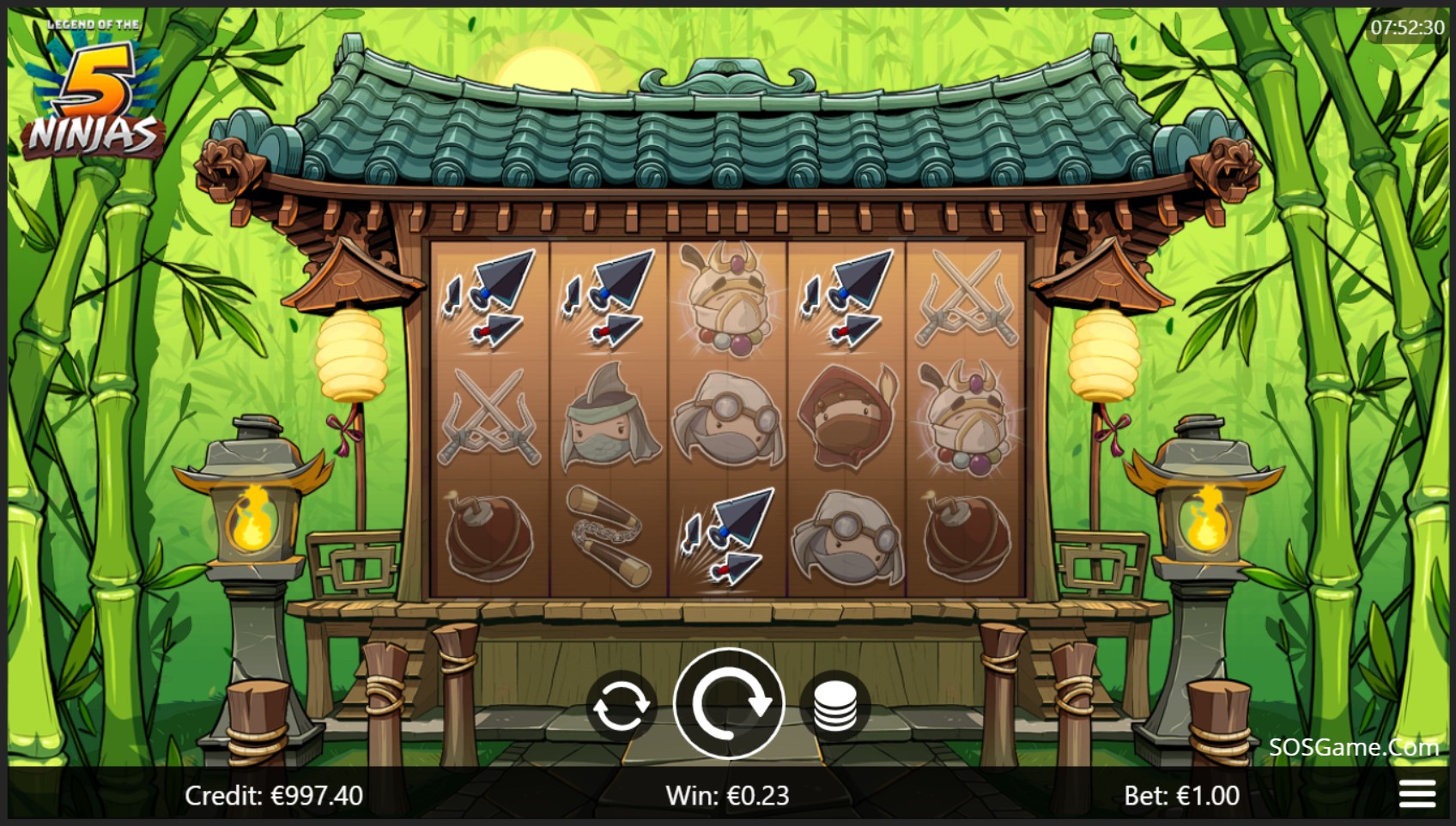 Legend of the 5 Ninjas Symbols and Bonus Features

There is a total of 10 basic symbols included in Legend of the 5 Ninjas. You will get to see ninjas themselves together with their weapons of choice. The Godai represents the Scatter symbol, while the mysterious scroll acts as the Wild. It only appears on reels, 2, 3 and 4 and will substitute for every other symbol except the Scatter. 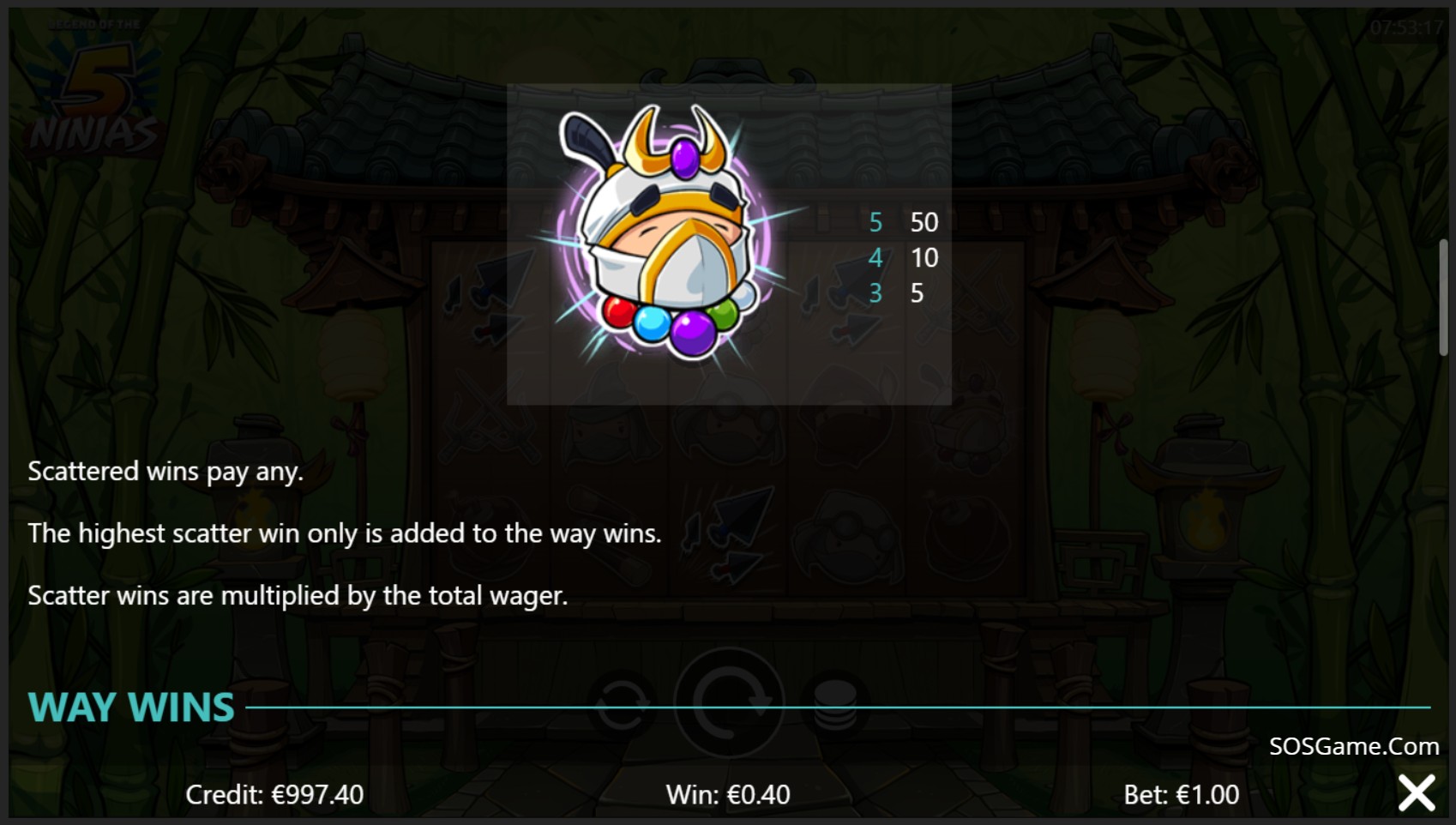 You can trigger the Bonus Feature by landing three or more Scatter symbols. Before you start the feature, you will get to choose the ninja that will represent you together with one of the Free Games options:

You can retrigger this feature up to 15 times. 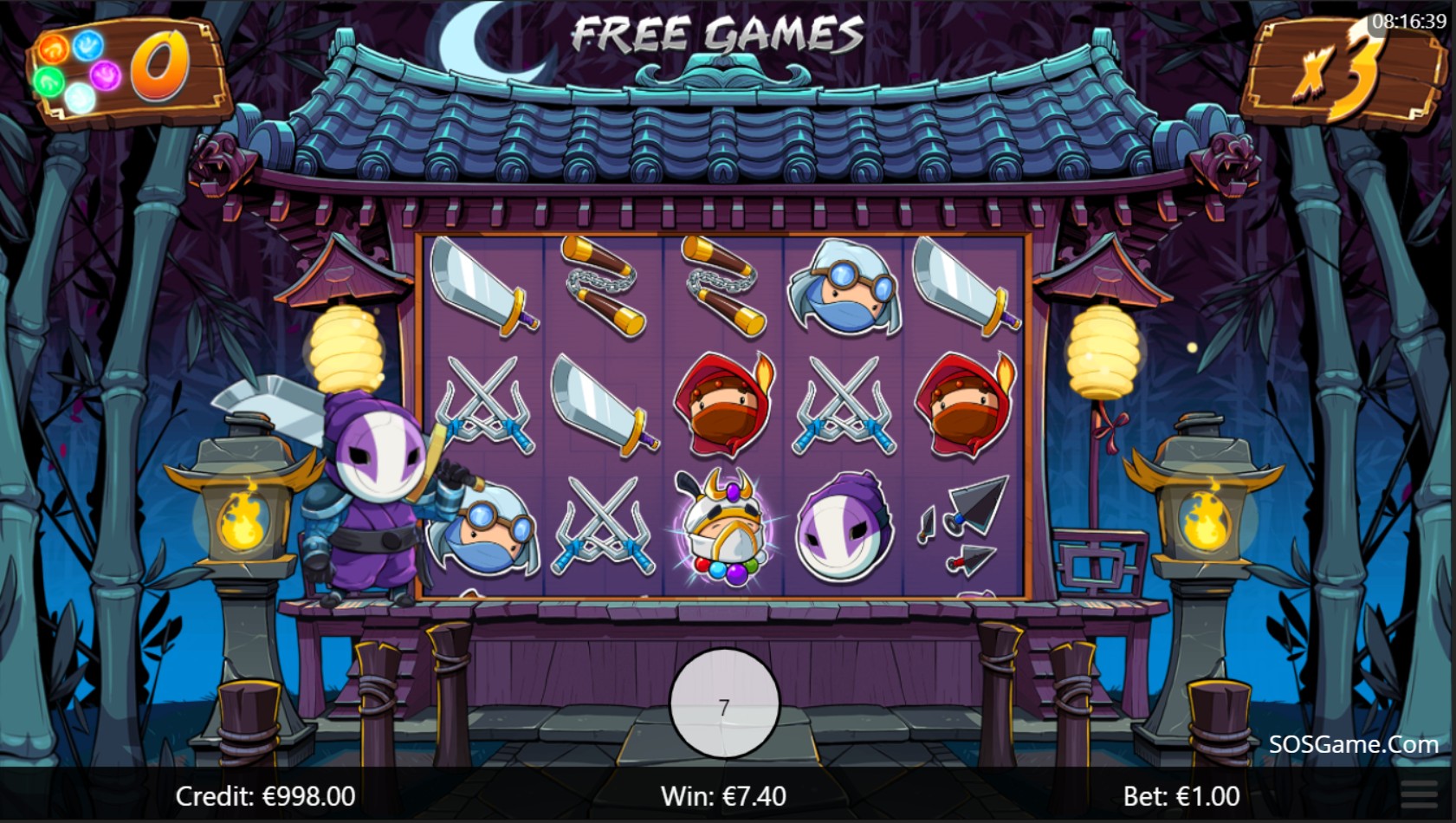 I had a lot of fun playing Legend of the 5 Ninjas. Even though there’s only one feature included, having different options to choose from and adjusting your strategy makes it fun and entertaining. The only thing I would like to see Eyecon improve is introducing a slightly higher RTP.