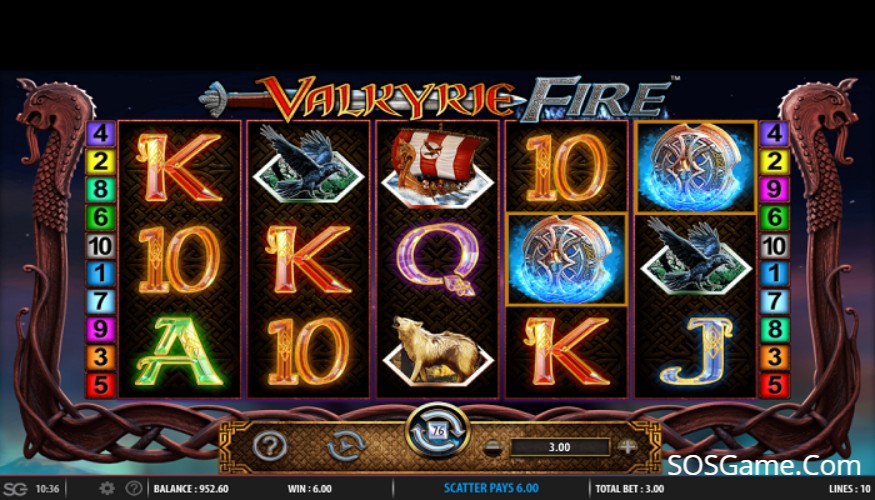 PLAY Valkyrie Fire Slot for Real Money or Free at:

Valkyrie Fire (Barcrest) | Join the Valkyrie on Her Quest and Win!

Enter the magical world of Norse mythology and cross paths with Odin, Thor, Loki, and the Valkyries in this adventure and quest to find unspeakable riches that lie beyond the horizon!

Valkyrie Fire by Barcrest introduces you to the exciting world of Norse mythology where Odin, Thor and Loki reign supreme in Asgard and Earth. You will assume the role of Viking warriors and fight for your place in Valhalla and grand prizes through this 5×3 grid with 10 paylines and the RTP that can reach 96%. 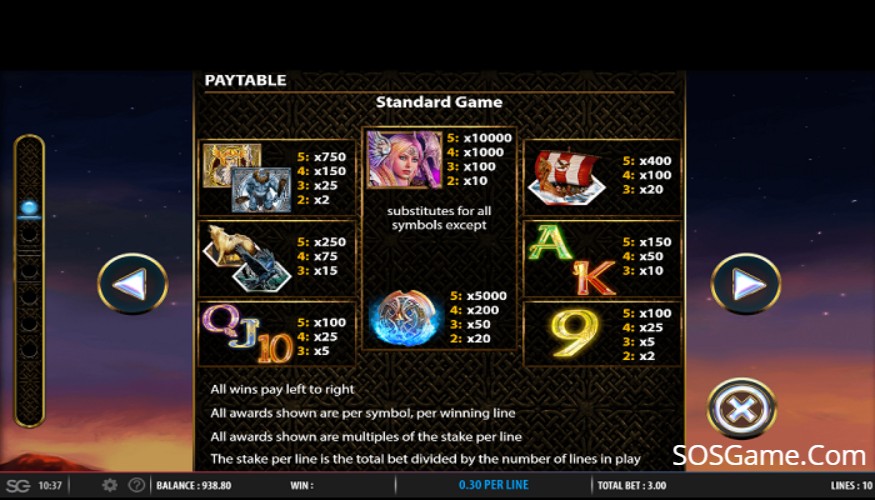 When it comes to the RTP in Valkyrie Fire, we are faced with a conundrum of sorts. Namely, depending on whether you wagered less or more than $2 per spin, you can expect to have a 94% or a 96% RTP, respectively. This leads us to the general conclusion – the more, the merrier.

The reels are encased in what seems to be a keel and two prows with dragon figureheads that appease the gods. The grid features 5 rows of symbols that make the winning combinations over 10 paylines. The coin size you need to set before spinning the reels can be anywhere from 0.01 to 50, amassing to an incredible $500 per spin.

The Autoplay option is a nice addition and saves you a lot of trouble.

There are a lot of symbols and bonus features that make Valkyrie Fire exceptional. Let’s see what those are.

The high-tier symbols are represented by the images of Nordic gods and creatures venerated by Vikings. The Valkyrie is leading the way of high-paying symbols, and it also serves as the Wild, substituting all the other symbols except for the Scatter. The Valkyrie symbol will double any wins whenever it has a role of a substitute symbol. The low-tier symbols are taken from playing cards and go from 9 to Ace.

Another important symbol is the Scatter, or the Free Spins bonus symbol, that activates the bonus feature of the game. Let’s see what that feature is.

When 3 or more Scatters land anywhere on the reels, you will receive 10 Free Spins during which Fire Stacked Wilds can appear on all reels and substitute all the other symbols. Scatters are not available during Free Spins; therefore no retriggering is possible, but even in that case, wins are not hard to come by. 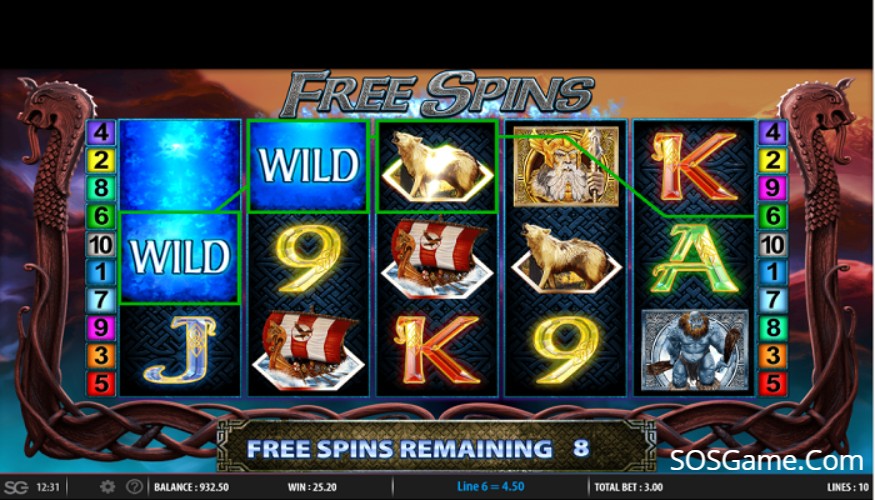 If you are a fan of Norse mythology and enjoy a slot game that offers great fun, then Valkyrie Fire is the right one for you. It has been most generous to me, and I have managed to activate the Free Spins on more than one occasion, and I am sure you will too. Good luck!