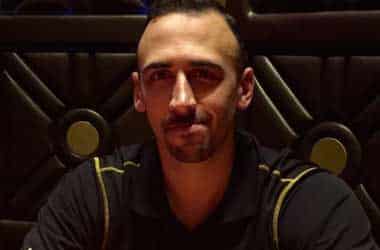 McCormack is an experienced poker operations manager having spent well over a decade in the industry having spent over nine years at MGM Resorts and managing the Bellagio poker from July 2012 onwards.

He was part of the team that brought about significant changes to Bellagio’s poker room and will now use his expertise to take ARIA’s poker room to the next level.

McCormack was born near Boston but raised in Salem, Massachusetts and initially took up an engineering degree in college before deciding that it wasn’t something he was really interested in. He moved to Florida where he met on of his friends who was a poker dealer at the Daytona Beach Kennel Club, who helped him get his first audition for a job as a poker dealer. The audition turned out to be successful for McCormack and it also established the fact that this was the industry in which he wanted to build his career.

In 2006, while dealing at a World Poker Tour event in Tunica, Mississippi, McCormack met a number of poker dealers and operations staff from Las Vegas and made a crucial decision in his career to pack up and move to Vegas where all the action was. Before the end of the year decided to move where the ‘big action‘ was. By end of 2006, he landed a job as a poker dealer for MGM Resorts and he has never looked back since.

McCormack played a key role at the Bellagio and worked hard to revamp the poker room layout including having it redesigned to make it more spacious and help host one of the biggest tournaments on the circuit which is the World Poker Tour Doyle Brunson Five Diamond World Poker Classic.

When the opportunity opened here I knew I had to put my name in the hat. I’ve always wanted to run my own room and what better place than here. Our level of service at ARIA is second to none. Every player that walks through the door whether it’s their first time or they are a return guest gets treated with exceptional service. We understand that to continue to offer our product at the level our players are accustomed we must remain the most knowledgeable, customer friendly staff in the world.

McCormack is currently working on the 2016 schedule for ARIA’s poker room but has said that he has big plans to execute in the coming months.