The Las Vegas based gambling operator announced that the Rio was bought by a New York-based real estate group for $516.3 million. Caesars will continue to operate the property for the next two years while paying $45 million in annual rent.

The Rio All-Suite Hotel & Casino sale does not come as a surprise. With Eldorado and Caesars merging and pulling out of Japan, many gaming analysts knew that the company will have to shed some of its properties. This was confirmed in June by Eldorado CEO Thomas Reeg who said that the company planned to sell of one or more of Caesars’ nine Las Vegas Strip-area resorts.

With nine Vegas properties and more than 23,000 rooms in such a small space, it posed challenges for the newly merged entities as their properties would be competing with each other instead of boosting the company.

The new owner of the Rio is run by Imperial Companies. The firm is actually pretty young as it was formed only in 2014. The company manages a wide variety of businesses usually focusing on residential and hospitality properties. In total, the company has close to $1 billion in investments spread across various locations.

Caesars Rewards Will Continue To Function

Caesars Entertainment has confirmed that the Rio will continue to maintain its customer loyalty rewards system and player tracking for the resort. The sale is expected to close by the end of the year and is subject to regulatory approval from company shareholders and the Nevada regulator.

The Rio has been a Las Vegas highlight since it opened January 1990. Using a Brazilian theme, the Las Vegas developer Tony Marnell created an all-suite resort that has become a favourite on the strip. With 2,522 rooms, it has welcomed millions of guests over the years but is best known for being home to the World Series of Poker (WSOP) since 2004.

In a statement, Tony Rodio, CEO of Caesars said

This deal allows Caesars Entertainment to focus our resources on strengthening our attractive portfolio of recently renovated Strip properties and is expected to result in incremental (cash flow) at those properties. 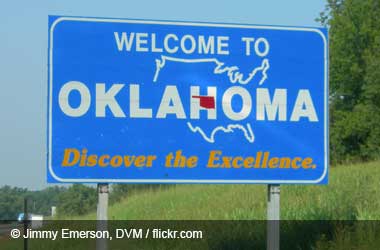