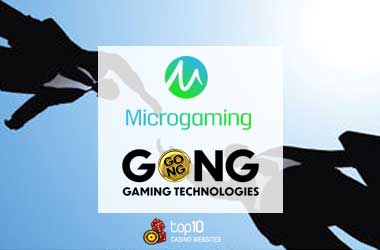 Microgaming is one of the biggest and most popular gaming developers in the world. The developer has an exclusive list of studio partners who release a number of games throughout the year. Microgaming recently announced that it has added a new developer to its studio partner list.

GONG Gaming Technologies is the latest member to partner with Microgaming. GONG has progressed fast since it was launched only in 2020. Started by a team of industry veterans, the company has built up a solid portfolio of gaming titles. GONG already has two great games released under its name: Pirate’s Quest and Skulls Heap. These two games will now be part of the deal with Microgaming.

GONG has recently finished a new game called Inferno Gladiator. Featuring a 5×3 grid with 25 paylines, this game is set in a flaming Colosseum and features some great gameplay features. The game was released April 12 and will now be a part of Microgaming’s April 2021 lineup of gaming releases to its online casino partners.

Microgaming has released a number of impressive games in April. Some of these include Gold Collector from All41 Studios, 8 Golden Skulls of Holly Roger Megaways from Buck Stakes entertainment and Queen of Alexandria WowPot from Neon Valley Studios. All these games offer big jackpots and excellent gameplay. There are a number of other releases scheduled to take place in the next 10 days as well.

Both Microgaming and GONG said that they were very happy with this strategic partnership. GONG Gaming Technologies co-founder and CEO Dima Farbman said they were honored to get the attention of Microgaming will continue to work with the company to come out with a series of high quality games.

Andrew Booth, Director of Games at Microgaming agrees with the above sentiment and is very happy to see the quality portfolio that Microgaming is able to offer its casino partners around the world. Booth said that they were impressed with the offerings from GONG and realized that it was important for players to pay attention to the GONG games in the market. Microgaming is keen for GONG to create and develop more unique content in the slot gaming market.

We will have to wait and see how players react and respond to the new games from GONG. 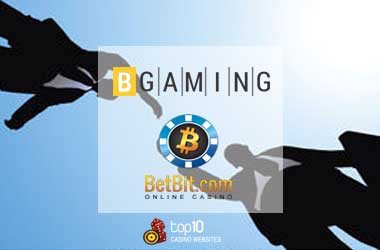