The casino industry in the Philippines is thriving and very inviting for casino operators from around the world.

Recent reports from local media outlets suggest that a number of new casinos will open in the Philippines under the City of Dreams (CoD) banner.

This news broke after Premium Leisure Corp, one of the major investors in CoD confirmed that they are in talks about opening new casinos. The company along with its partners, is carefully studying this expansion plan although there is no identified location targeted as of this time.

City of Dreams is a Manila casino resort setup that is operated as a separate unit by Melco Resorts and Entertainment Ltd.

Since it is an integral part of the City of Dreams Manila partnership setup, Premium Leisure gets its share of the earnings of this casino resort.  The company reported an increase in its income share for the first quarter of 2019 coming in $13.9 million which is a gain of 9.1% year-on-year.

Belle Corp, the parent company of Premium Leasure Corp, is the lessor of the real estate property and buildings where City of Dreams Manila is presently located.  Belle Corp made a proposal last year to Melco Resorts pushing for an expansion approval for its CoD Manila casino resort. Belle Corp currently owns an undeveloped one hectare (2.6 acres) property right across the City of Dreams Manila location.

The Philippines, despite its present moratorium on any new casino development imposed by its President Rodrigo Duterte is still on the lookout to develop its casino zone which consists of 120-hectares of reclaimed land known as Entertainment City.

Premium Leisure Corp stated that any new casino property opened in the Philippines would require a new license from the country’s gaming regulator – the Philippine Amusement and Gaming Corp (PAGCOR).

PAGCOR chairwoman Andrea Domingo has put in a request for the casino moratorium to be lifted but the request is yet to be approved by President Duterte. 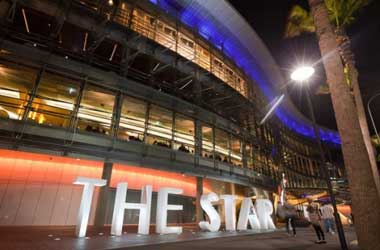