The gambling industry in the Philippines has grown exponentially in the last 5 years as both land based and online gambling operations have witnessed a surge. The anti-gambling crackdown in Macau in 2015 helped the gambling boom in the Philippines as a number of VIP gamblers from China made their way to the small Asian country.

While the legalized gambling industry witnessed a surge in growth, it also created an influx of illegal gambling operators who took advantage of the relaxed gambling laws in the Philippines to infiltrate the market and launch their services.

The Philippines tried to clean up its illegal gambling market after President Rodrigo Duterte instructed the main gaming regulator in the country, the Philippine Amusement and Gaming Corporation (Pagcor) to take action on unlicensed operators and keep things in check.

One of the main concerns was the number of illegal Chinese gambling operators that were setting up shop in the Philippines and targeting gamblers in Mainland China. Beijing had collaborated with the Philippines in an effort to stop this practice but it appears it isn’t working out.

President Rodrigo Duterte who is known for his tough measures against drugs and criminal activities went hard after the illegal gambling industry in the initial years of his presidency. However, it appears that the President has had a change of heart and decided to give up on his gambling crackdown.

President Duterte recently announced that he will no longer focus on the gambling industry as he cannot control it properly. The President clarified that while he was taking his hands of the gambling industry, he will still continue his stringent crackdown on drugs and other criminal activities such as extortion.

The President of the Philippines believes that the best way to control the gambling industry in the country is to put the emphasis of responsibility on each Filipino. President Duterte wants each Filipino to make the decision as to whether they should visit the casinos and gaming parlours and decide how much they are going to spend.

He made it clear that he was in no way trying to encourage the gambling industry with this new stance but was honest enough to admit that he was failing in controlling its proper expansion. 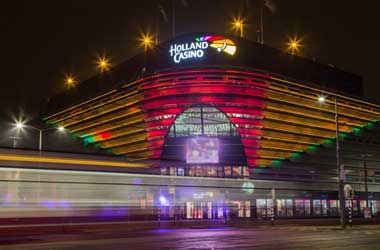