The state-owned Philippine Amusement and Gaming Corporation (PAGCOR) received a letter addressed to its CEO Andrea D. Domingo from the Boracay Inter-Agency Task Force (BIATF) instructing the gaming regulator to cancel the permits of all the casinos located in the world-renowned destination island.

The letter made it clear that based on President Rodrigo Roa Duterte’s pronouncement of Executive Order Number 5, Series of 2018, the BIATF had to ensure that no provisional licenses and gaming franchises should remain operational and must be cancelled.

Cimatu further noted that the BIATF would be thankful for the timely cooperation of the casino operators to further help in the protecting the popular tourist friendly island of Boracay.

According to sources, the letter was signed by the three Cabinet secretaries during their meeting in Boracay on September 28. The decision to revoke all casino licenses in Boracay will have a major impact on casino operators and will impact the Philippine’s gaming revenues.

President Duterte has been very firm with his policy against casino operators in Boracay. In a cabinet meeting on September 11, DOT Puyat said she has mentioned to Duterte about some casinos still doing operations despite the island’s closure. The president strongly condemns this and even said such casinos must not be allowed to operate during the reopening.

Casinos That Will Be Impacted

A number of casinos will be impacted once PAGCOR decides to terminate their licenses. Some of the projects that will close down include the pre-planned project of Rep. Albee Benitez’s Leisure Resorts World Corp., which is in partnership with Macau’s Galaxy Entertainment; Archibald Po’s Hotel Sofia and businessman Andrew Tan’s Megaworld Corporation which is located in the Savoy Hotel.

A number of existing casinos will also be forced to wind up operations. These include Alfredo Yao’s Movenpick Resort and Spa, the Cebu-based King family’s Crown Regency Resort and Convention Center, and Joey Pena’s Paradise Garden Resort Hotel.

In the case of Paradise Garden, Edwin M. Raymundo, the resort’s general manager, has submitted to the Department of Tourism a certification dated October 5, assuring that the resort will not operate any online gaming and casino operations within its resort to comply with the guidelines set by the DOT and BIATF.

Meanwhile, PAGCOR OIC Roderick Consolacion has sent a letter to Alpha Allied Holding Ltd., which runs Movenpick’s casino, ordering them to cease whatever remains of their operation in Boracay. An investigation has found out that Movenpick casino did not stop their casino operations despite the island’s closure on April 26. 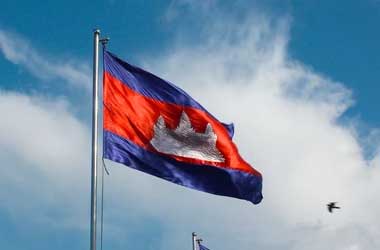