Gambling operators in the UK have come under fire in the last couple of years for deliberating flouting gaming regulations in their efforts to increase their gross gaming revenue (GGR).

The UK Gambling Commission has taken a number of steps in recent months to curb the growth of problem gambling numbers in the country and one of those steps has been to place stringent regulations on advertising regulations.

Casumo which is one of the top online casinos in the UK appears to have deliberately violated advertising restrictions by specifically targeting a search term ‘How to unsubscribe from all gambling’ which resulted in a Casumo app add appearing.

This issue was brought to light after a complaint was raised against Casumo to the Advertising Standards Authority (ASA). Upon investigation, it was clear that Casumo had deliberately targeted this search term and offered players who were looking to ban themselves from online gambling an opportunity to get free spins and bonuses to play at Casumo.

This is not the first time that Casumo has breached gaming regulations. The Malta based casino operator was hit with a £5.85 million fine for not having enough protocols in place to protect problem gamblers.

When the ASA brought the complaint to the attention of Casumo, the online casino was quick to remove the ad and claimed that it had put in place all the necessary systems to ensure that its advertisements did not target problem gamblers. The online casino also claimed that it was difficult for it to be prepared for the different variants that Google’s search algorithm used to promote its advertisements.

Casumo told the ASA that this advertisement targeted problem gamblers by mistake because they did not include the word ‘unsubscribe’ in their prevention systems as they associated the word ‘unsubscribe’ with those players who wanted to be removed from marketing and e-mail lists and did not link it with problem gamblers who wanted to be on the self-exclusion list.

The ASA released a statement confirming that Casumo acted swiftly in removing the controversial ads and did not impose any fine on the casino as the ASA accepted the explanation from Casumo.

Gambling operators in the UK are taking steps to ensure that they remain fully compliant with advertising standards. Ladbrokes Coral announced this week that they had hired ad agency BBH to help them with their advertising campaigns and ensure full compliance. 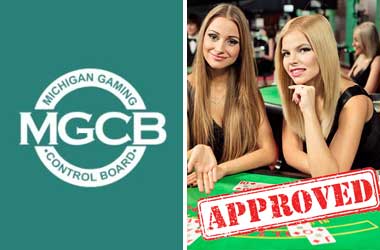