Macau became the biggest and wealthiest gambling hub in the world because it catered to the VIP gambling segment that was responsible for generating over 50% of Macau’s casinos gross gaming revenue (GGR). Beijing’s anti-corruption crackdown has dissolved this concentration of VIP gamblers and they have now dispersed and taken their business to new places such as South Korea, Russia and Vietnam where they find the gambling laws more to their liking.

Macau’s government has instructed the casinos to stop relying on these VIP gamblers to come back and start diversifying and catering to a mass market of Asian gamblers. Macau’s $3.2 billion Studio City which opened in October 2015 has followed this advice and a number of other casinos across the world could also follow a similar strategy and cater to mass-market gamblers in 2016.

The Philippines, Vietnam, Cambodia, Singapore and a number of other countries have tried to take advantage of Macau’s VIP market collapse and lure these high-rollers to their casinos but so far that marketing strategy hasn’t been very successful as these VIP gamblers have shown a preference for traveling to the United States, Australia and Japan.

Casinos will now be forced to cater to mass-market gamblers from China who travel frequently but spend less at the gambling tables. A move to offer non-gaming services will also help in attracting these mass market gamblers and bringing in additional revenue. Tim Shepherd who is the president and executive director of Silver Heritage Ltd, a gaming company in Asia believes that South Asia markets will contribute a lot to the global gambling industry in 2016.

In a statement, Shepherd said

I think it’s possible a major international group will do something big in Laos or Cambodia; and that would be a surprise to most people. It’s likely more South Pacific islands will join the ‘party’ in the race for Chinese tourists and casinos, but I think they need to think small initially otherwise it will be a battle for them to find people willing to provide funding.

Jade Entertainment and Gaming Technologies Inc, a Manila based company that operates casino gaming machines believes that destination resorts will be a key concept in 2016 as mass market gamblers to come to enjoy a vacation and play at the casinos. There are a number of destination resorts expected to open in the next couple of years in the Philippines, Cambodia, Vietnam, South Korea and the Pacific Islands. 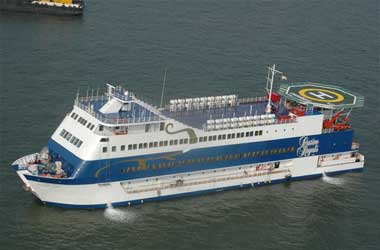