According to a local media report, the legislation that makes casino gambling legal in Japan has come into force. Japan’s parliament is said to have cleared the bill on the last day of its extraordinary session that was convened to clear pending legislations.

This paves the way for the development of the second bill that will focus on the implementation ,laying out essential details like the number of casinos and their location as well as key regulatory norms. Banking firm Morgan Stanley has forecasted that any casino venue in Japan is likely to come up only post 2021 missing the 2020 Summer Olympics in Tokyo .

In a statement, analysts from Morgan Stanley said,

Japan will have to pass the implementation bill which may take six to 12 months and then undergo the RFC [request for concept] and RFP [request for proposal] process, which could at least take six months. This pushes the opening of the first casino to at least 2021/22.

Union Gaming Securities Asia, a brokerage company has said that it expects only two casino licenses to be issued. Earlier discussions had considered two large casinos and two smaller regional casinos. Major cities Tokyo, Osaka and Yokohama have been named by media reports as possible contenders.

The legalization is however not seen to have been welcomed by the Japanese public. A recent newspaper poll has indicated that support for Japanese Prime Minister Shinzo Abe’s cabinet has seen a drop of six percentage points over November. The newspaper said that one of the factors was concerns about increased gambling addiction due to casinos.

An earlier survey by Japan’s public broadcaster NHK quoted by a recent Chinese media report revealed that only 14 percent of survey responders had supported revoking the ban on casino gambling. Nearly 44 percent had opposed it, with the remaining being undecided. Proponents for casino legalization claim that it is likely to significantly boost tourism to the country. A report by investment firm CLSA Ltd has indicated that the casino industry in Japan can generate upto $40 billion in revenue. Further legislation is expected that will introduce extensive measures for handling problem gambling including steps like blocking access for anyone considered to be at-risk.

Several lawmakers have expressed support for having a model similar to that in Singapore. All Singaporean citizens wishing to gain access into the two casinos operational in the country need to present identification and pay for either 24-hour access or 12-month access. 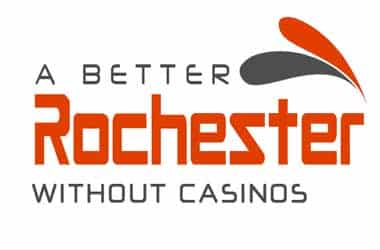