The state of Illinois recently announced that a Cook County gaming license was up for grabs and different cities sent in their proposals to see if they would qualify to host a new casino. Several proposals came in and the Illinois Gaming Board is in the process of eliminating and shortlisting the final candidate.

The gaming regulator recently announced that the proposals from Calumet City and Lynwood were eliminated. This means that either Homewood or Matteson will get approval to host the casino.

The proposal from Homewood is for a Wind Creek Illinois Casino that would be on Halsted Street and south of Interstate 80-294. This would be at the border between East Hazel Crest and Homewood. The proposal is to invest $440 million into the casino project that will feature 1,350 slot machines and 56 table games. This would be combined with a luxury hotel that would make it a prime tourist spot.

On the other hand, the Matteson proposal suggests a casino at the former site of the Lincoln Mall. The proposal it to developer a $300 million casino combined with a 200-room hotel. There will be 42 table games along with 1,300 slot machines. If things go well, the idea is to add more slot games.

These plans are still not final and the brains behind both proposals have up until October 28 to submit any changes to their plans and pitch their suggestions to the Gaming Board. The board will then have up until January 2022 to do background checks and carry out other regulatory requirements. The gaming regulator will decide next year which proposal best fits the needs of the state and award the license to the winning city.

Not An Easy Decision

The chairman of the Illinois Gaming Board Charles Schmadeke said the decision to cut down the proposals to just two finalists was not an easy one. Five hours of presentations from all four cities were seen by the board, along with their casino operator partners. The final decision was narrowed down to the quality of the proposals and how committed the community and the US casino operators were to the project.

The lack of community commitment was the reason why the Lynwood proposal for a $390 million Ho-Chunk Casino was refused. There was no communication between Lynwood Mayor Jada Curry and Ho-Chunk before the presentations and Mayor Curry was very much against the Ho-Chunk casino bid.

However, the reasons for the rejection of the Calumet City proposal are still unclear. It had the full support from municipal leaders and it could have been a contender if the board allowed it. However, Calumet City Mayor Thaddeus Jones respects the decision and thinks that whether Matteson or Homewood wins, the revenue from the casino will still benefit Calumet City because of the Illinois revenue-sharing laws. 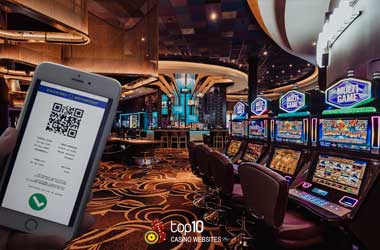