The online gambling industry in EU and Scandinavian countries has witnessed a growth spike in 2018 but so has the underground gambling market.

There are hundreds of offshore gambling websites that are doing great business and hurting the profits of the legalized gambling market.

Kansspelautoriteit (KSA), the gambling watchdog in the Netherlands stepped up its efforts in 2018 to clean up the illegal online gambling industry and has now confirmed that it issued a record fine of €1.7 million In 2018.

To give you an idea of how much the illegal online gambling industry has surged in the Netherlands, one can compare the fines issued by the KSA in the last 3 years.

While the €1.7 million in fines might come across as impressive, it is still very small when compared to the €30 million in fines that the United Kingdom Gambling Commission (UKGC) has imposed on illegal gambling operators in the UK.

Offshore Operators That Were Hit With Fines

The majority of these fines were imposed on five operators. The operators that were issued penalties are William Hill, Bet-at-Home, Mr. Green, CyberRock/Honeydew and Betsson. These operators will not just pay up the penalties issued by the KSA as they believe that they haven’t violated any laws.

These operators are licensed in other jurisdictions and do not come under the authority of the KSA. Some of these operators have decided to appeal the fines imposed by the gambling watchdog on the basis that current gambling laws in the Netherlands violate EU gaming laws which call for fair trade between EU countries. However, the Dutch courts in general have not paid a lot of attention to this argument in their rulings.

The Senate will meet on Feb 5 to discuss the Remote Gambling Bill which will allow the KSA to issue its own online gambling licenses.

China Will Use Drones To Shutdown Illegal Gambling Operations 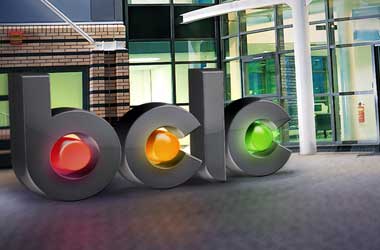