Playtech is one of the world’s biggest gaming tech companies and is widely respected.

However, the company hasn’t had a great 2018 and was looking to turn things around in 2019. Playtech has operations across the world and in recent months has taken a hit that has hurt the company significantly.

Playtech has come to an agreement with the Israeli authorities regarding their outstanding taxes. After a recent audit, it was revealed that Playtech was not paying as much taxes that it needed to. The audit found that Playtech had paid lower taxes from a period ranging from 2008 to 2017 and after calculations were made, Israeli authorities stated that a total of €28 million was outstanding.

Playtech recently confirmed this and stated that they had agreed to pay the additional €28 million.

There were adjustments made due to pricing adjustments for doing business in Israel but overall, the additional taxes will be completely paid off based on a statement issued by the company in the New Year.

This is not the only bad tax related news that Playtech has received recently. Italy passed new gambling laws that towards the end of 2018 that raised the tax requirements of all online gambling operators and this hit Playtech hard as well. They expect to end up paying €20 to €25 million in extra taxes in 2019 due to these new laws. Playtech confirmed this during their December forecast for 2019. The news unsettled their investors and resulted in a seven percent drop in share prices.

Back in November 2018, Playtech said that it was on track to meet its earning goals. However, the company did warn that the hurdles that it faced in Asia for 2018 were still present. Playtech predicted that it would be earning around €320 million to €360 million which was in line with its expectations. To balance out its losses in Asia, Playtech tried to expand more in the global market and it did succeed to some measure. However, Playtech still ended up losing 55 percent of its share value in 2018.

On The Positive Side

Playtech did have some positive news to report at the end of 2018. Recently, Quickspin, one of its subsidiaries was accepted into the regulated Swedish market. Additionally, Playtech went into partnership with iovation and helped the launch of Poland’s first regulated online casino. These are great signs of growth for the company despite the losses in taxes 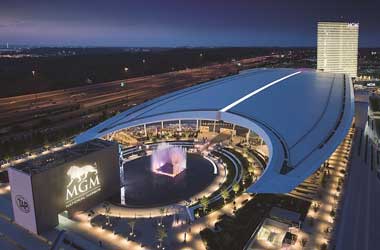