If you have followed the casino industry in India, you will be aware that the Goa government and the offshore casino industry in the state have had their fair share of battles – atleast in the public eye. There are some who believe that behind closed doors, the two parties are a lot more understanding and more or less on the same page.

The Goa state government has been under pressure for years to stop offshore casinos from operating on the River Mandovi. Political and religious groups have used numerous points to pressure the state government into banning offshore casinos from operating. Some of the reasons cited include polluting the River Mandovi, causing environmental damage, being a social evil, negatively impacting locals by getting them into gambling debts and more.

The state government has tried in the past to pacify gambling opponents by banning locals from playing at the casinos and also promising to relocate the casinos from the River Mandovi. However, that plan did not work as the relocation site suggested by the government had choppy waters that were not suitable for a floating casino.

The state government has continued to grant 6 month license renewals to offshore casino operators as a lengthier license tenure would upset gambling opponents. The Goa government recently suggested relocating these offshore casinos to North Goa and having all of them operate out of the MOPA Greenfield International Airport.

However, offshore casino operators have yet to accept that proposal and as a result, the government decided to once again renew their casino licenses for another six month period. The license extension period starts from 31 March and will end on 30 September 2021.

India has suffered massive financial losses in 2020 due to the COVID-19 shutdown. Goa which derives the bulk of its revenues from the tourism industry has been one of the states that has suffered the most.

The offshore casino industry plays a big role in boosting tourism numbers and generates millions of dollars for the state each year. The state government also collects heavy licensing fees each time a license renewal is granted. The Goa government does not intend to ban offshore casinos anytime soon as it would literally be shooting itself in the foot and drying up one of its most lucrative sources of revenues. 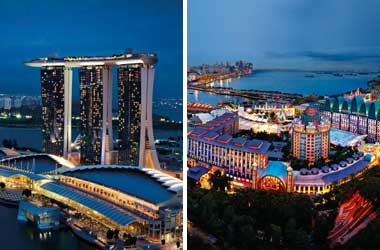