Sands Bethlehem Will Be Acquired By Alabama Indian Tribe For $1.3 Billion

Sands Bethlehem Will Be Acquired By Alabama Indian Tribe For $1.3 Billion

Las Vegas Sands Corp recently announced that it has signed an agreement with the Poarch Band of Creek Indians of Alabama to sell its Sands Bethlehem Casino in Pennsylvania.

Sands Bethlehem is one of the top performing casinos in Pennsylvania but Sands Corp has been looking to sell the Sands Bethlehem property as the company prefers to focus on international casino resorts rather than the domestic market.

Sands Corp will sell the property for a reported $1.3 billion to Wind Creek Hospitality, which is a privately held affiliate of the Poarch Band of Creek Indians of Alabama. With this purchase, Wind Creek will be adding a 159,000-square-foot of casino space to their portfolio.

Wind Creek already owns three smaller casinos in the state of Alabama and also has a couple of casinos in the Caribbean. The company has a greyhound- and horse-racing track in Alabama, while also owning track and poker rooms in Florida. Wind Creek also has management duties for the Wa She Shu Casino in Nevada. However the Sands Bethlehem acquisition will be subject to regulatory approval and when finalized will be Wind Creek’s biggest property.

In a statement, Stephanie Bryan, tribal chair and CEO of Poarch Band of Creek Indians, said :

“The addition of this fantastic team and property to our portfolio furthers our desire to secure a long and prosperous future for our tribe. We look forward to working with our new team members and the community to cement Wind Creek Bethlehem’s position as the premier entertainment destination in the Northeast.”

Sands Bethlehem Being Sold For $1.3 Billion

Sands Corp invested $800 million into the Sands Bethlehem property which opened in 2009. The casino has done rather well over the years and generated around $579 million in 2017. There have been rumors floating around from 2013 that Sands Corp wanted to sell its Pennsylvania property. In the recent past, interested buyers included MGM Resorts but the deal never did go through.

Now Sands Bethlehem will be sold for $1.3 billion should everything fall into place. The deal is not final yet as it will have to go through a long regulatory review which industry sources say could take up to 12 months. Wind Creek is expected to retain Sands Bethlehem management to help them run the casino as they do not have much experience in managing a casino this size. 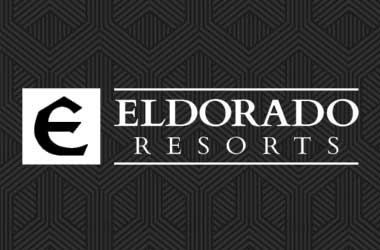