Russia-based gaming firm Diamond Fortune Holdings Ltd has begun preparatory work for its first casino resort in the Primorye Integrated Entertainment Zone, which is a dedicated area for casinos. Report of a ground breaking ceremony being held by Diamond Fortune came via a report on the official website of the Zone’s managing authority Primorsky Krai Development Corp.

Diamond Fortune CEO Yevgenia Varakina was quoted as saying that the project had received the necessary permits and approvals to start construction on the site. The $900 million proposed casino project named Selena World Resort and Casino is expected to open its first phase in 2019 though the agreement calls for a 2020 opening.

Plans for the initial phase include development of a hotel as well as a casino featuring around 100 gaming tables along with 500 slot machines. Diamond Fortune had announced earlier in 2016 that Selena World will contain three sections– Moon Gate, Golden Gate and Sun Casino & Resort – which would be developed across 174,000 square meters.

The development of the second phase is expected to start in 2022. In the succeeding phases, the property could add further space for accommodation and gaming, along with a range of amenities like restaurants, retail shops and a spa. Diamond Fortune had earlier stated its intention to develop four casinos within the Primorye Integrated Entertainment Zone.

So far four licenses have issued in total by the authorities for casino projects in Primorye. Located around 30 miles from Russian port of Vladivostok, Primorye currently has only one operational casino which is the Tigre de Cristal.

The Tigre de Cristal is controlled by casino tycoon Lawrence Ho’s company Summit Holdings. The Tigre de Cristal opened in 2015 and has since seen successful operations with latest financial results showing that the monthly rolling chip turnover at the casino in August 2016 was HKD2.2 billion.

Another upcoming project in the Primorye Zone is from NagaCorp Ltd which has indicated that its casino resort will open in 2019. The project named ‘Mayak‘ was initially slated for an early 2018 opening.

Another casino project proposed within the Primorye Zone is facing challenges. The Primorsky Krai Development cancelled an agreement with Russian casino operator Royal Time Group due to its inability to stick to its committed timelines. A Russian court recently approved the deal’s termination.

Brokerage Daiwa Securities Group Inc stated in an earlier report that expected revenue from mass-market segment in Primorye was likely to see a compounded annual growth of around 115 percent between 2016 and 2020, hitting a total of $335 million in 2020. 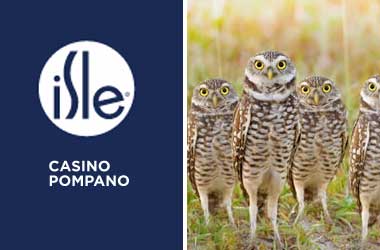