Aquis Entertainment has confirmed that it has entered into an agreement to sell Casino Canberra to Sydney-based Capital Leisure and Entertainment Pty Ltd., for $58.2 million.

The group had previously offered to buy the Australian casino for $52 million in May.

Capital Leisure is owned by Oscars Group and could become the new owner of Casino Canberra once they get regulatory approval.

The announcement has stopped speculations that had surfaced about a mystery bidder in the past week who was interested to purchase Casino Canberra. When it came to light that the mystery bidder was eager to acquire Casino Canberra, after which Aquis had paused its trading to examine the offer. The Hong Kong-based group had also requested a voluntary submission at the beginning of the current week.

The news of the mystery bidder was confirmed by Aquis CEO Allison Gallaugher. The executive said that they had received a higher bid than that of Oscars at the end of June. Despite the confirmation, Aquis refused to divulge more details about the mystery bidder and the amount they had offered for taking over Casino Canberra. Gallaugher said that the bid was unsolicited. Oscars had earlier thought they would close the deal with Aquis for $52 million deal but after the mystery bidder came on the scene, that deal fell through.

Oscars decided to increase its bid to $58.2 million and the same was accepted. Oscars and Aquis have inked a revised deal that says that if Aquis accepts a higher bid than Oscars, the latter could claim a break fee of $1 million.

ACT Regulator Must Give Regulatory Approval

The entire transaction is yet to be approved by Aquis’ shareholders and also needs approval from ACT gaming regulator. The company’s shareholders will cast votes on the sale in August.

Gallaugher added that Oscars had already applied to the regulator for approval and a probity approval process is being conducted. 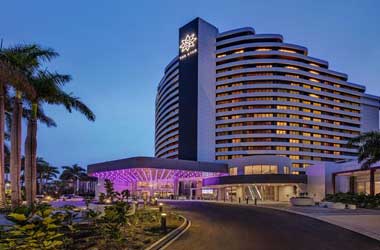