Australia’s Prime Minister Anthony Albanese doesn’t believe a national inquiry should be conducted into Australia’s casino industry in the wake of the Adam Bell report which found Star Entertainment unfit to operate its Sydney casino.

According to him, state regulators are doing great in their jobs, holding to account the offenders, and it should stay that way.

The Prime Minister made the statement in response to calls for the establishment of a national royal commission following the publication of the Bell review.

Star is the latest Australian casino operator to be investigated over allegations of money laundering, fraud, and organized crime. Crown Resorts was already found unsuitable to hold a licence in all three states where it operates – Victoria, Western Australia, and NSW. Anti-gambling advocates think Star would eventually suffer the same fate.

The Bell report, which was released by the NSW Independent Casino Commission (NICCC) on September 13, laid out multiple regulatory breaches committed by Star in its Sydney venue, which it described as “extremely serious“. Among them was processing AU$900 million in gambling transactions through China UnionPay, an act prohibited under Chinese laws, as well as allowing a crime-linked junket operator to run a secret gambling room and hiding its operations from the NSW regulator.

Reacting to the findings, NSW Premier Dominic Perrottet said the performance of the casino operator has been absolutely horrendous. He said non-compliance with laws and regulations should not be tolerated.

Making a case for why a national casino inquiry must be launched, federal independent MP for Tasmania Andrew Wilkie, a well-known industry critic, said the damning findings concerning Crown and Star’s casino operations have exposed a “national” problem, suggesting there could be more Australian operators throughout the country engaging in illegal practices.

Wilkie, who is also calling for the establishment of an independent national casino regulator, noted that state governments could be hesitant about regulating the gambling sector because of the huge benefits they get from tax revenues, but stressed that they must act now to address the problem before things go out of hand.

Wilkie says it’s about time senior executives are held to account. PM Albanese responded by saying that’s actually what is happening right now, which is why a national inquiry or an independent regulator is no longer required. 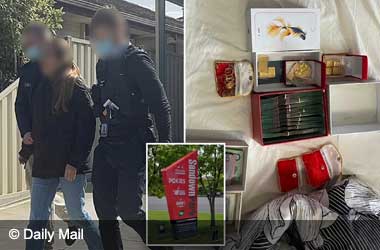