Carl Icahn, a well-known billionaire investor in the gambling industry recently revealed that he has bought a 10 percent stake in Caesars Entertainment and that he is pushing for the company to sell itself.

This was revealed in a recent filing with the Securities and Exchange Commission (SEC) that says Icahn wants to have representation on the company’s board of directors and requests that no new CEO be selected immediately.

According to Icahn, Caesars Entertainment’s current stock is undervalued and could be doing better. The best way to do this is by selling the company. Icahn thinks that Caesars needs new management to fulfill its maximum potential and wants to nominate a new slate of directors.

He has also made it clear that he wants to get rid of the current CEO Mark Frissora.

Frissora has been leading the company since 2015 and has been the guiding light of the company through its bankruptcy. He was supposed to leave his role on February 8 of this year but this has been pushed back to the end of April. Icahn thinks that Frissora’s April departure should be confirmed and that new blood should be added to the company after having a discussion with the board.

Caesars Yet To Respond To Icahn

No comment has been heard from Caesars management since the filing but current stock reports show that its stock values are up 42 percent for this year. However, for the past 12 months, stock values are down 27 percent.

As for a potential buyer, analysts can only point to MGM Resorts International. However, acquiring all of Caesars’ assets will require a lot of investment. MGM might not be interested as this point as the company is giving priority to other projects.

Analysts are also looking toward Icahn’s history with the gaming sector. He recently sold his Tropicana Entertainment casino company for $1.85 billion.

In a statement, Alex Bumazhny, a gambling analyst with Fitch Ratings, said

When news breaks of a merger and acquisition transaction, the target’s stock will gravitate towards the premium price being offered by the acquirer. Seeing that Caesars has potential suitors it’s possible Icahn is simply banking he could push Caesars to accept an offer and bank the merger and acquisition premium. 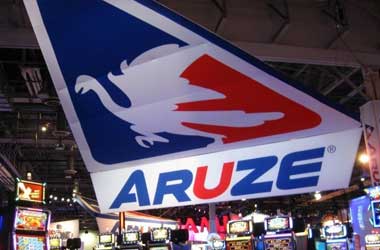