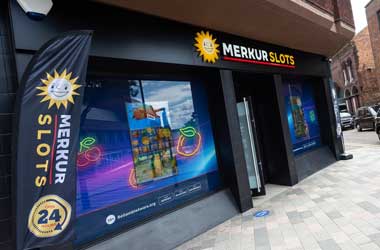 Cashino Gaming was keen on establishing a Merkur Slots branch at this prime location but faced a lot of opposition from the start.

As soon as news broke that a casino operator was interested in setting up a gambling destination in the East End, multiple anti-gambling campaigners took to social media to call for those in favour of opposing the casino to speak out.

This was led by Paul Sweeney MSP who took to Twitter to tell his followers that his mother used to be the branch manager for TSB before it closed down. While he did not mention the name of the casino operator in his post, he did say that a gambling operator was keen on setting up shop at Duke Street in Dennistoun.

Sweeney pointed out that a casino in this location would be disastrous for the community as it would be sucking up millions of pounds each year from Glasgow and would take advantage of thousands of poor Glaswegians who resort to gambling to see if they can get lucky and make money.

I'm delighted that the planning application for converting the former TSB bank on Duke Street into a gaming arcade has now been withdrawn. Well done to everyone who objected!

We need a new use for the building that adds wealth to the local community, rather than extracting it. https://t.co/NFPKIJm9mT pic.twitter.com/ES6DuDEgaB

His post did get a lot of mileage in the local community for as many elected officials and senior members of the local community joined together to protest against the Merkur Slots branch. Some of the members included councillors Cecelia O’Lone, Allan Casey, Greg Hepburn, Jennifer Layden and Elaine McDougal.

Deborah Kennedy who resides in Dennistoun spoke on behalf of those opposed to the proposed casino in Dennistoun and said there was no shortage of gambling premises in the city and they were definitely not in need of another new one. Kennedy said this proposed gambling adult center would not add any value to the community and would instead cripple it by exploiting those with gambling addictions.

The protests and noise raised by the anti-gambling campaigners was duly noted by the Glasgow City Council who rejected Cashino Gaming’s proposal. Merkur Slots was disappointed with the result and said they would engage with the council to learn more about the review process.