The presence and power of overseas Chinese criminal syndicates has increase significantly in the last couple of years. Most of the criminal gangs operate in cross-border illegal gambling operations and money laundering activities.

Their operations have finally forced Beijing to stand up and take action. China’s embassy in Manila has now pledged to lead the rally against international organised crime activities involving Chinese nationals.

In a statement, the Chinese Embassy in the Philippines stated that authorities in mainland China are committed to thwarting illicit cross-border gambling rings that have enabled Chinese nationals to engage in online gaming.

In the People’s Republic of China, casino gambling has been legalized only in autonomous Macau. However, Chinese players have access to online gambling sites which are run by offshore operators, many of which are based in the Philippines.

According to the embassy, China’s Ministry of Public Security has already flagged cases involving organized crime rings that establish themselves overseas to open online casinos that cater to Chinese nationals, and criminal organizations that recruit vulnerable gamblers in China and extort them abroad. The government watchdog has vowed to take action and perform special operations to clamp down on the increasing prevalence of cross-border gambling.

This last year saw an unprecedented rise in the number of Philippine Offshore Gaming Operators ( POGOs) establishing themselves in Manila. According to the Philippine government some 138,000 workers – predominantly Chinese nationals – are currently employed by POGOs in the country. However, authorities estimate the deluge of foreign workers could actually be more, given the presence of unlicensed operators.

POGO operations in the Philippines still largely cater to remote Chinese gamblers, requiring Mandarin proficiency among its workers. The Chinese Embassy fears that with the escalating number of POGOs, significant amounts of Chinese funds are being illegally funneled to the Philippines to fuel organized crime and cross-border money laundering operations via underground banking channels.

The embassy also correlated the swelling number of Chinese nationals engaging in illegal gambling activities, to the increased crime volumes and social unrests of China.

The Chinese embassy is calling on Philippine enforcers to cooperate in the clampdown of crimes perpetrated by these illicit gambling rings, among them the illegal employment of Chinese nationals and grand money laundering.

An executive of the government-run Philippine Amusement and Gaming Corporation (Pagcor) has expressed plans to relocate POGOs and its Chinese employees to self-contained communities that can be easily monitored by law enforcement. 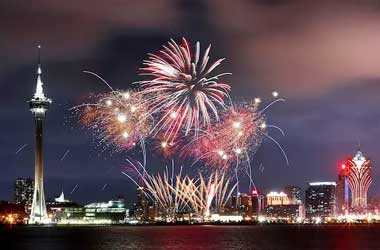