Malta-based Playson and Gibraltar’s Pragmatic Solutions are poised to enter the Swedish gambling market this year after receiving their certifications from the Swedish Gambling Authority.

Pragmatic Solutions and Playson are now officially authorized by the regulator to offer their products in Sweden, after complying with the assessment requirements of the country’s new gambling laws.

Playson stated that its entry into Sweden marks another milestone in its commitment to expand in regulated markets, as the company boasts of its receptivity to regulatory compliance in different countries.

Playson is known for its popular lineup of slot games including Book of Gold: Double Chance, the Timeless Fruit Slots series, Rise of Egypt and Wild Warriors. Playson has also boasted that its games have already become top-performing games in the Swedish market in a short span of time. With the full approval from the Swedish gaming regulator, the company sees itself being able to further grow and tighten its foothold on the gaming industry in Sweden.

Playson Compliance Manager Liubomyr Bedratiuk stated that Sweden is a vital market for the company, while also lauding the country’s Gambling Authority for their responsive approach to gaming regulation. Playson will now look to further expand into Sweden and consolidate its presence in the country before the end of 2019.

Playson has largely targeted regulated European markets with its slate of over 60 HTML5 games, accessible on both desktop and mobile devices. The gaming provider has already secured licenses from gambling regulators in Romania, Malta, and the United Kingdom. It is also seeking a wider presence in Italy and Lithuania, through its partnerships with operators Betflag and TOPsport respectively.

On the heels of announcing its GLI-19 certification from Gaming Laboratories International, Pragmatic Solutions also secured certification to offer its PAM iGaming platform to the regulated Swedish market.

The GLI-19 certification is awarded to entities who employ the best practice standards across a handful of European and non-European countries, including Malta, the United Kingdom, Gibraltar, Canada, and the United States.

Citing Sweden as a strategic market, Pragmatic Solutions Business Development Director Mark Woollard stated that the new license is a testament to their company’s receptive and agile approach to catering to their clients’ needs in new territories.

With the new certification, Pragmatic Solutions’ Swedish patrons will now also gain access to popular Greentube titles, among them the Reel King series, Lord of the Ocean and the Book of Ra. 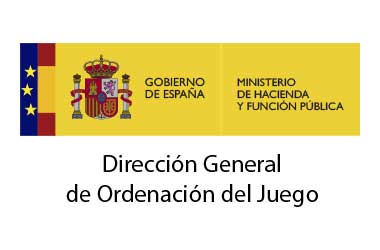