Japan's Integrated Resort (IR) Implementation Bill has been finally passed by the Japanese parliament, after a plenary session of the parliament's upper house. Its passage ensures that Japan will now have a domestic casino industry on its shores, opening up a market that a lot of operators are hungry for.

The bill's implementation is a victory for Shinzo Abe's government. The prime minister promised that the bill would pass after he requested parliament to extend its current session before it goes on a summer break. It is also the second piece of legislation on gambling that was approved. The first one was a responsible gambling measure that aimed to protect Japanese citizens from irresponsible gambling.

The approval of the bill frustrated several of the minority parties in the Japanese government who have been fighting hard to stop the law's approval. Their last-ditch effort was to make several moves of no-confidence to divert the session from discussing the bill in a House committee.

The Japanese government's rationale for pushing the bill forward was to help encourage foreign visitors to visit the country by attracting them with high-quality casino experiences. The new infrastructure built by the bill would also allow for the creation of places for conferences and tourists to visit, without the use of government money. Finally, these integrated resort casinos would create jobs and help boost the local economy.

Casino Licenses To Be Issued In 2020

Many foreign investors are understandably pleased with this new bill. Casino operators are already gearing up to get their foot in the door.

The process has been very deliberate and transparent. We appreciate the high level of social responsibility reflected throughout the process by creating one of the most comprehensive bills of its kind anywhere in the world.

The IR Bill is considered by many experts as Prime Minister Abe’s ‘fourth arrow’. When he came into office, Abe has a ‘Three Arrows’ policy for economic recovery that was aimed at getting the Japanese economy more competitive. These three arrows were structural reforms, fiscal stimulus and monetary easing.

However, with the passage of the bill, there is still a lot of heavy lifting to be done. Both local governments and gambling operators will be competing for the licenses provided by the bill. The government's job is now to ensure that the right location and operators get the licenses so that it can get maximum revenue. It is estimated that the first licenses will be issued in 2020, while the first casinos will open in 2025. 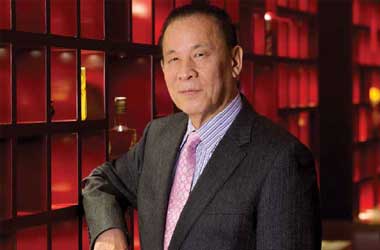