Mayor Martin J. Walsh has made it very clear that he is against the proposed $1.75 billion Wynn Everett casino as he believes that the licenses process was flawed and the casino will cause a number of problems, especially to the environment and traffic related issues.

Walsh has filed two lawsuits to stop the construction of the casino but his efforts appear to be in vain as the court has been more in favor of Wynn Resorts.

Judge Janet L. Sanders not only dismissed Walsh’s case but also had a few stern words for the Mayor and his media battle with billionaire and Wynn Resorts chairman Steve Wynn. The judge cautioned Walsh from trying to gain political points by using a media strategy to go after the Wynn Everett project.

Walsh has taken all this with a pinch of salt and has stated that he will not back down from fighting for the people of Boston and their rights. However there are some who believe that Walsh has also let his ego get the better of him and to some extent is involved in a personal battle with Steve Wynn, who had earlier called Mayor Walsh an unreasonable man and someone he could never negotiate with.

The legal and media that Mayor Walsh has launched against the Wynn Everett project has so far cost $1.25 million and it’s the taxpayers who are footing the bill. While Walsh has reconfirmed that he will fight to the end, the question is how much more money will Walsh be willing to spend to see if he can get his way. Judge Janet L. Sanders has already termed the city of Boston and Walsh’s case against Wynn Everett as

Mayor Carlo DeMaria of Everett has also criticized Mayor Walsh’s efforts of trying to stop the Wynn Everett project as the casino is expected to create around 4,000 contract construction jobs and later another 4,000 permanent jobs when the casino goes live which will greatly benefit the city of Everett. Some of the comments on social media allege that Mayor Walsh is against the Wynn Everett facility because Wynn Resorts decided not to go with Boston and Walsh is not happy with that decision.

Mayor Walsh has confirmed that his team continue to meet with Wynn Everett executives to see if they can work out their differences and come to a mutual agreement that is beneficial for everyone. 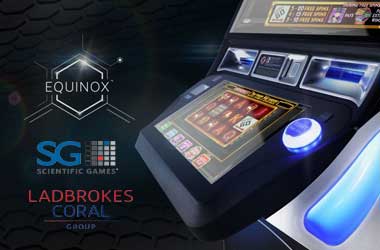