Massachusetts government officials and the state gaming commission had earlier expressed their concern and disappointment over the amended MGM Springfield proposal which had looked to reduce the overall size of the project by close to 15%. The amended proposal had surprised the gaming commission as it eliminated a hotel tower and appeared to be reducing the employment opportunities as well as overall gaming revenue.

MGM Resorts President and MGM Springfield leaders were summoned to provide Massachusetts officials with a clear explanation as to why the size of the project was being reduced and also to explain the reason for wanting to postpone the launch date by another 12 months.

MGM Springfield had earlier decided to cut down its overall operation as investors and key executives were concerned about the neighboring competition arising from states like Rhode Island and Connecticut. MGM Springfield had relied on the Connecticut market as the casino expected gamblers to cross the state border and provide regular business to its proposed $800 million casino.

Connecticut decided to mitigate that risk by approving the launch of a third casino that would be near the state border and would definitely cause locals to think twice of cross over to Massachusetts. MGM Springfield decided that it would be in its best interests to cut down on the size of its casino as it expected to lose business to Rhode Island and Connecticut casinos.

MGM Resort officials had to make a presentation in Springfield in front of state and city officials and residents of Springfield to highlight their plans and commitment to the Springfield project.

The company reassured all parties that there was no major reason for concern as MGM was committed to the Springfield project and would invest an additional $150 million to prove that MGM would not back down on its commitment to Springfield and the state of Massachusetts.

No, we’re not changing this into a mall. No, we’re not upping and running. Honoring the [Host Community Agreement,] but the notion of change in our industry is constant and common and we just simply need to do a better job communicating with you.

MGM also confirmed that it had already invested $200 million into the Springfield project and if everything goes as per plan, then the casino will be opened during the fall of 2018. 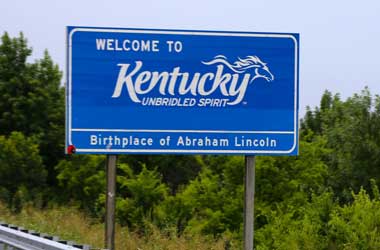