SafeEnt Limited, the operator of the NinjaCasino.com and Spellandet.com online casinos, was flagged by the regulator on Monday for several violations of Sweden’s revised gambling law. The new gaming legislation that took effect from January 1, 2019 and these two online casinos were not in compliance.

SafeEnt is a subsidiary of Global Gaming, a publicly traded company with its headquarters in Malmö, Sweden. In 2018, Global Gaming was named No. 1 in accounting conglomerate Deloitte’s Sweden Technology Fast 50 list of fastest growing technology companies in the country.

In the span of four years, Global Gaming had reported nearly 100,000% revenue growth.

Ninja Casino has grown popular among Swedish gambling enthusiasts, especially because it does not require players to register an account before being allowed to play. However, in revoking the platform’s iGaming license, Spelinspektionen said its parent company, SafeEnt has failed to comply with several of Sweden’s new gambling regulations.

The regulator has flagged serious deficiencies in SafeEnt’s operations, allegedly related to money laundering and responsible gambling. Spelinspektionen reveals that SafeEnt and its iGaming platforms has permitted players to spend overwhelmingly large sums of money, pointing out that the company even enables customer to bet well beyond their self-imposed spending limits.

The Swedish agency has also highlighted SafeEnt’s failure to comply with its obligations as a licensee to install effective anti-money laundering and terrorist financing tools. The regulator has emphasized the serious and systematic shortcomings of the company as grounds for the cancelation of its license.

Spelinspektionen recently signed a pact with 15 other Swedish watchdogs and authorities to jointly establish a strategy to battle money laundering and terrorist financing.

Global Gaming has decided to fight back by filing an appeal. The company confirmed that it had opened talks with Spelinspektionen about its discrepancies and had addressed them. The legal team representing Global Gaming believes that charges and license revocation lack legal ground and they will be successful with their appeal.

Spelinspektionen announced that the revocation of SafeEnt’s license is effective immediately. This is the latest in the Swedish regulator’s efforts to crack down on erring licensees. In early June, the watchdog hit online gambling operators Betway and Mandalorian with SEK14 million in fines for violating the single bonus offer rule. 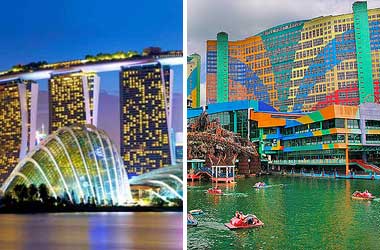