Asia’s richest man Mukesh Ambani recently went on record and spoke positively about the future of the online gaming industry in India.

Ambani had a conversation with Microsoft Corp. CEO Satya Nadella and said that he personally believed that the Indian gaming market can be bigger than the market for all other media combined in the country.

According to Ambani, India is perfect for gaming investments right now due to the widespread nature of high-speed Internet access and a large gap in the gaming market. Ambani owns one of the most popular wireless companies in India called Reliance Jio Infocomm Ltd. However, he has not indicated whether gaming will be a focus for the firm going forward.

Ambani’s optimism has been echoed in other sources as well. In a KPMG 2019 report titled “The Evolving Landscape of Sports Gaming in India” the agency estimated online gaming revenue in India to increase from 43.8 billion rupees ($610 million) in 2018 to almost three times by 2023.

Prominent journalist Ruchir Sharma echoed the same sentiments in an interview with NDTV’s Prannoy Roy. Sharma stated that the rapid growth of the gaming market is mainly due to the increase in the quality of games over the past few years, aided by widespread Internet and smartphone access.

Sharma revealed data that showed that gaming customers spend more than others on their pastime. For instance, Twitter gains $8 in revenue for each user, Facebook $19, Google $27, while the game Fortnite gains $96 in revenue for each user. Sharma argued that this number can be raised even more, especially since India holds the record for highest game downloads globally.

Sharma also noted that there has been a recent boom in Indian game app development companies, which can be encouraged to create more high quality games to engage users across the country.

Nazara Technologies Ltd founder Nitish Mittersain was pleased to hear both Ambani and Sharma speak positively about the future of India’s gaming market. Nazara is looking to expand its presence in India and comments from such stalwarts shows that there is indeed vast potential for companies like Nazara to make a mark for themselves.

Nazara has made headlines recently due to its announcement of a $20 million investment in gaming and sports startups across the Indian sub-continent, the Middle East, and Africa which will be rolled out in the coming months. 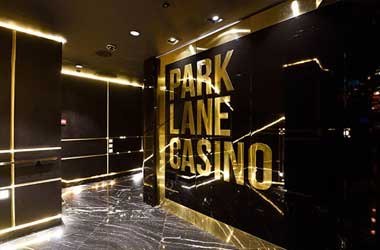