There have been multiple attempts over the years to get Texas to legalize gambling and open up casinos in the state but none of those attempts had any success. This time around, Texas might be more open to legalizing gambling because the state has taken an economic beating in 2020 due to COVID-19.

The legalization of gambling would create a new industry and bring in billions of dollars from casino operators. All of the surrounding states have legalized casino industries and Texans end up crossing the border to spend their money at out-of-state casinos.

Legislators are keen to pass a gambling bill that will allow Texas to keep its gambling dollars within Texas.

Casino Moghul and billionaire Sheldon Adelson is keen to see his Las Vegas Sands Corp enter the Lone Star state. Sands Corp. has already hired 8 lobbyists from Austin, Texas who are highly influential and will campaign for gambling legislation to be passed at the new legislative session which starts Jan 5, 2021.

Adelson and his wife Miriam Adelson are the biggest donors to the Republican party. They have donated $4.5 million to the State House in 2020. They will look to given Texas legislators more leverage in getting gambling legislation approved. Given the fact that Texas is facing a $4.6 billion deficit when planning for the next biennium, Texas may finally turn towards the lucrative gambling market.

Las Vegas Sands Corp is the biggest gambling operator in the United States and is keen on entering Texas but so are a number of other gambling operators from around the world. State Rep. Joe Deshotel believes that Texas is ready for legalized gambling in the next legislative session.

Deshotel says that a legalized gambling industry would create thousands of jobs, boost tourism numbers and generate millions of dollars for the state government that will be used to make a difference in a number of areas including providing assistance to flood victims and offset expensive windstorm insurance costs for businesses and home owners!

Deshotel has a proposal which calls for casinos to be built at certain coastal areas in Texas. So far, there have been 7 attempts to legalize gambling in Texas but all have failed. We will not have to wait long to find out whether Texas has changed its stance on legalized gambling. 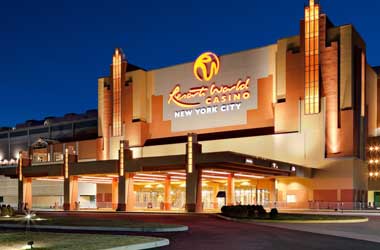