Hong Kong-traded Guangzhou R&F Properties Co Ltd has declared in a filing to the Hong Kong Stock exchange that it is entering into an agreement with Caesars Korea Holding Co LLC to develop and operate a casino in Incheon, South Korea.

Guangzhou R&F Properties is a real estate development and property management firm operating in mainland China. Caesars Korea Holding Co LLC is a subsidiary of Caesars Entertainment Corp, one of the biggest casino operators in the United States. The announcement follows earlier reports that the original agreement between Caesars Korea and a unit of Hong Kong-listed real estate developer Lippo Ltd was being altered due to Lippo’s desire to withdraw from the project.

Lippo and Caesars had come to an agreement in Dec. 2014 to purchase land for a casino project in Incheon for around $95.9 million. In August this year, Lippo announced a memorandum of implementation under which it was disposing its stake to Caesars Korea and an unidentified third investor. In a recent filing, Lippo had mentioned that talks were still ongoing.

According to the filing made by Guangzhou R&F Properties, its subsidiary unit R&F Properties (HK) Co Ltd would partner with Caesars Korea to create a joint venture, with each partner having a 50 percent stake. The joint venture would later acquire LOCZ Korea Co, the firm in charge of construction, development and operation of the property. Construction at the site is yet to begin as per industry reports.

The joint venture with Caesars provides an opportunity for the group to further enhance its capabilities in the development and operation of entertainment focused integrated resorts in addition to creating a strong foothold in [South] Korea for future real estate development opportunities.

An investment of US$30.5 million will be made by both companies into the joint venture entity. Further equity investments would be around US$110 million by each partner in cash. Guangzhou R&F Properties has stated in its filing that it intends to invest internal funds into the project. The deal is expected to be tentatively completed by March 2017.

The casino will be situated at Midan City, located at the northeast part of Yeongjong Island which forms a part of the Incheon Free Economic Zone. The construction of the facility is to be completed by 2020 and it will be operated by Caesars Korea. LOCZ Korea has already received a temporary casino license which was issued by the country’s Ministry of Culture, Sports and Tourism in 2014. 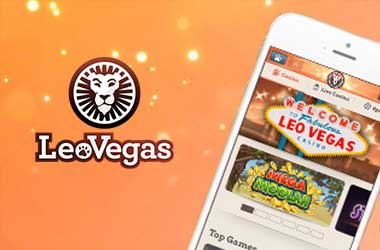