Casinos In Detroit Show Revival With Revenue Growth in 2015

Casinos In Detroit Show Revival With Revenue Growth in 2015

Three casinos in Detroit have registered a surprisingly good year in 2015 with a recorded 3.3 percent increase in gambling revenues over last year. The three casinos MGM Grand Detroit, MotorCity Casino Hotel and Greektown Casino-Hotel have registered their best year since 2012.

According to data released by Michigan Gaming Control Board, casino gambling revenue (revenue excluding food, beverages and hotel stays) for the three casinos in Detroit was $1.38 billion in 2015. Slot machines contributed a major portion at 83% of the revenues, the rest 17% came from table games.

MGM Grand’s revenue was the highest at $582 million, increasing by 3.7 percent over 2014. MotorCity grew the highest with an increase of 4.4 percent to $464.5 million and Greektown’s revenue increased by 1 percent to $329.9 million.

The casinos also had a profitable December ending it with a growth of 15.4 percent over revenues in November. In comparison to December 2014, MGM had revenues of $55.8 million, the maximum monthly revenues amongst the three and an increase of 11.4 percent while MotorCity’s December revenue was $41.1 million, rising by 3.6 percent over the previous year. Greektown’s revenue grew by 0.6 percent at $28.6 million.

Industry observers credit this recovery to low gas prices and an overall improvement in the economy. Gas prices plunged across the U.S. and in Michigan from more than $3.50 a gallon to about $2 a gallon. Unemployment in Michigan was down to 5.1 percent in November 2015 from 6.5 percent in the same period previous year.

This is a business (casino) that is dependent almost entirely on discretionary income. Money that’s not spent at the pump is money that can be spent at the casino.

Taxes from gambling revenues were also consequently higher, fetching the city an additional $5.2 million in taxes over what was budgeted. The three casinos paid $111.5 million in taxes for 2015 to the state of Michigan against $108 million in 2014. The casinos have also paid $174.3 million to the City of Detroit in wagering taxes and development agreement payments in 2015.

Casino gambling taxes are a vital source of revenue for the City of Detroit, contributing to around 16 percent of all city revenue. Detroit exited from bankruptcy in December 2014 and is currently in recovery mode. Detroit’s Finance Director John Naglick Jr. said that the increase was favourable news for the city’s general fund. 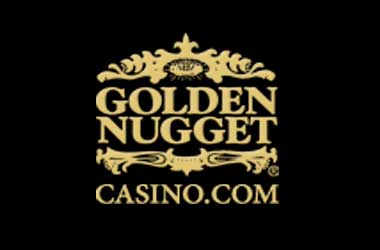