Things are different in Canada as the gambling market has been a lot more stable for brick & mortar as well as online gambling establishments. Great Canadian Gaming, a company based in British Columbia recently announced that it has decided to expand its presence with the purchase of Casino New Brunswick.

Casino New Brunswick is the only brick & mortar casino in British Columbia and is owned by the Sonco Gaming New Brunswick Limited Partnership. The casino which was opened in 2010 was sold to Great Canadian Gaming for a price tag of $95 million.

Although the deal has been finalized, it still needs to be approved by the New Brunswick Lotteries and Gaming Corp and also receive regulatory approval. The approval process is expected to take a few weeks and will most likely be finalized in a couple of month’s time.

The acquisition of Casino New Brunswick represents an important opportunity for value creation and will allow Great Canadian to further expand its Canadian footprint. Casino New Brunswick is a high-quality gaming and entertainment facility that serves as both a local casino for guests from Moncton as well as a destination casino for guests from throughout New Brunswick and from other areas of Atlantic Canada. We are extremely excited at the prospect of welcoming CNB and its over 400 employees to the Great Canadian team.

Casino New Brunswick has done reasonably well since opening its doors in 2010. Last year, the casino generated $38 million in profits and the Great Canadian Gaming company decided that it would acquire the casino as it would strengthen its presence and brand in Canada. The company approached Sonco Gaming New Brunswick Limited Partnership with a fantastic offer and convinced the company to close the sale. Great Canadian Gaming already runs 16 gaming properties spread between Washington State, British Columbia, Ontario and Nova Scotia. 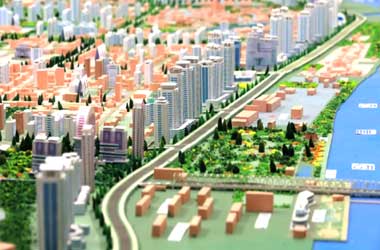