After weeks of debate over the 11 policy issues on the Integrated Resorts (IR) Bill, Japan has finally closed the matter as it settled on the last two policies that will let the IR Bill move forward.

The last two points of debate settled were the tax rate to be imposed on casino gross gaming revenues (GGR) and the entry fee charge to be levied on Japanese citizens and residents who want to access the casinos.

The ruling LDP party and its junior coalition partner Komeito held long discussions on Tuesday and finally agreed to implement a 30 percent fixed tax rate on the GGR generated by the proposed casinos. The final rate has been a compromise between the separate proposals of both coalitions, where LDP was in favor of a fixed rate below 30 percent while Komeito wanted a sliding scale in the range of 30 to 50 percent.

The final rate was settled after some members argued that imposing a sliding scale higher than 30 percent could negatively impact the competitiveness of the Japanese casino industry.

When you look at neighboring markets, Macau has a 39 percent casino GGR tax rate, which could be brought down soon as Macau undergoes an overhaul of its gaming legislations. In Singapore, the government levies a 15 percent tax on all mass-market revenues and a separate 5 percent on VIP play. On top of those, both are subject to a 7 percent percent goods and services duty. In the Philippines, a 30 percent income tax is imposed by the country’s Bureau of Internal Revenue on all casino licensees.

Locals Will Have To Pay A Casino Entry Fee

In terms of casino entry fees for locals, both parties have settled on a JPY6,000 fee. Prior to the compromise, LDP supported the national government proposal of JPY2,000 while Komeito pushed for JPY8,000, which is equivalent to SGD100 – the rate that Singapore casinos charge.

The compromised rate came after both parties agreed that a lower rate for locals was more reasonable as Singapore had a higher gross domestic product per capita compared to Japan. The Japanese government finally managed to work through a number of issues and move forward with the IR Bill. Included in the settled policies were: only 3 percent of the total gross floor area of the resort casinos could be allotted for gaming, the limit and requirements set for casino visits by Japanese locals and finalizing that three resorts will be granted licenses initially. The IR bill is expected to be approved by the end of May or by June latest. 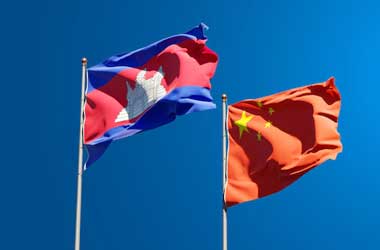