International casino operators will have to wait until August of this year to get a first look at Japan’s proposed terms for its newly-opened gaming market. A news report quoting an official involved in the proceedings said that initial details about the Integrated Resort (IR) implementation bill will be ready to be shared in early August .

The official made the remarks on the sidelines of a meeting held with industry experts consulting on the matter. Japan passed a bill legalizing gambling in December but specific provisions regarding the gaming industry such as number of licenses, tax rates and location will be laid out in a second bill.

The IR Implementation Bill is being developed by a steering committee called IR Promotion Secretariat comprising of professional civil servants. The body that will handle the finalization and release of the bill will be the Integrated Resort Regime Promotion Headquarter, which is headed by the Japanese Prime Minister Shinzo Abe, and includes key cabinet ministers.

A public comment process will be initiated post the bill’s release. No timelines with respect to the public consultation period was indicated by the official. Media reports have hinted that it might take up to a year for the bill to reach the legislative houses. The government is reportedly examining the regulatory systems of Nevada and Singapore for guidance in framing its own gaming rules.

The meeting with experts covered a wide variety of topics including basics of regulatory provisions, testimonies from Japanese gaming companies having overseas businesses, regulations for interested investors, essential background checks for shareholders and possible operational structures for resorts.

According to local newspaper Yomiuri Shimbun, the government is planning on having a stringent review process for the licensing. In order to discourage any linkages with the Japanese crime groups also known as yakuzas there will be a thorough examination of the business relationships of the casino operator as well the relationships of those being employed by these companies. There will be also an in-depth financial scrutiny to check debt levels.

A casino control commission associated with the country’s Cabinet Office would carry out the assessment process. This commission is expected to be staffed with officials from the National Police Agency. Discussions have also been held on the appropriate structure for the integrated resorts. Experts debated issues such as whether casinos must be operated by a single entity and if outsourcing of operations could be done to other companies.

Is Israel Making Any Progress Towards Legalizing Online Gambling? 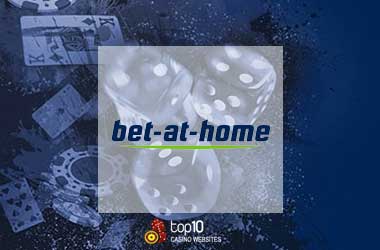