Australian casino tycoon and billionaire James Packer’s recent decision to sell $800 million worth of shares in Melco Crown, the joint venture company he has with Melco International Development which operates casinos in Macau has spurred speculation that Packer has lost confidence in the struggling Macau casino market and consequently was winding down his business interests in Macau.

The sell-off resulted in a reduction of the stake held by Packer’s Crown Resorts in the joint venture from 34 percent to 27.4 percent. Gaming expert David Green who operates a consulting firm Newpage in Macau does not believe that the Packer reducing his stake indicates a loss of interest in Macau. He said that it would have been a lot more concerning if he had sold out completely and pulled out from the Macau market.

A former gaming regulator from Adelaide, Green has been advising Macau authorities on gaming policies for over ten years now. He believes that the worst has passed for Macau’s casino industry. According to Green, the market in Macau had re-aligned itself, moving away from VIP customers which now formed less than 50 percent of the market. The contribution of the VIP segment was over 70 percent when Packer had first entered the Macau market.

According to Green, the reorientation of Macau’s market towards the mass market segment would ensure higher and more sustainable stability of the market. He stated that the mass market is more profitable since there are no commissions to be paid to junket operators, no rebating of losses and little credit risk among involved.

In a statement Green said

It’s a far more profitable segment of the market. Even though it’s nudging around $US2 billion a month in gross gaming revenue, most of the operators aren’t performing materially worse than they might have, had the market been higher and VIP back where it was in the mid-70 per cent region, simply on a profitability basis.

Green has also highlighted that China’s crackdown against corruption was directed towards dealing with the funds used for gambling rather than visitation to the city of Macau. He pointed out that the government had not modified or restricted the individual visitation scheme under which most individuals visit Macau. According to Green, the Chinese government was more focused on ensuring that Macau was not being used for money laundering, illegal currency transfers and other such illegal activities. 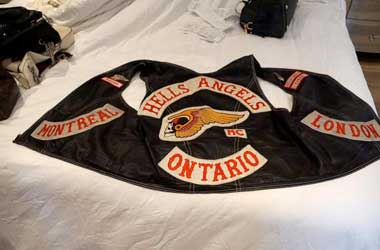