Nevada Governor Brian Sandoval along with members of the Nevada Gaming Policy Committee met professionals from the video gaming industry to understand the industry better and scope for leveraging video gaming for wagering.

The professional video game industry has taken off in the last few years. Video game tournaments are popular events where professional video gamers compete for large prize pools and are watched live by spectators. The industry is said to have generated close to $750 million in revenue worldwide during 2015 and analysts believe that the markets will continue to grow in the years to come.

Gaming authorities in Nevada are looking to cash in on the trend. In a statement, Gov Brian Sandoval said

Just because that's not something I do personally there's a very large population of people who like to participate, like to watch and maybe someday want to bet on that. There’s a lot for me to learn. And I want to be receptive to a new generation of gamers.

As a part of the hearing, members of the committee met key industry professionals such as professional video gamers and also the head of a video game league. Top players regularly participate in professional leagues that compete weekly. Championships are held in public arenas complete with live commentary. Many players also have their own channels on online platforms like Twitch where the games are live streamed, with people watching and interacting with players.

In order to allow betting on professional video game tournaments or matches, the state would need declare video gaming as a sport and label professional gamers as cyber athletes. Once legal, bettors would be able to wager on outcome of these matches as well as bet poker-style against each other on the games, with the house taking a cut of the play.

This form of gaming could help the gaming industry to attract the younger generation back to the casinos. In the past few years, gaming revenue has been declining steadily vis-à- vis non-gaming revenue, suggesting that visitors are more interested in spending on non-gaming activities rather than casino games.

Some casinos in Las Vegas have already taken their first steps into the video gaming industry by hosting tournaments. The Mandalay Bay resort on the Las Vegas Strip hosted a League of Legends tournament last month which featured some of the top cyber athletes. The Downtown Grand casino in Las Vegas has also set up a gaming lounge offering multiple terminals to guests who wish to game and also hosts weekly gaming tournaments. 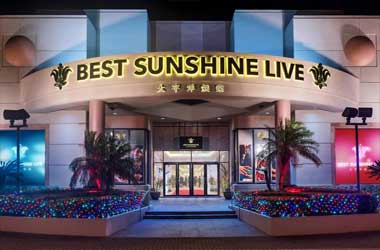