The COVID-19 pandemic has devastated a number of land based casino operators throughout the world. Atlantic City casinos have lost millions of dollars during the last couple of years and a number of these casinos are struggling to stay afloat.

The New Jersey government was under pressure to do something to help these struggling casinos in Atlantic City as land based casinos make a significant contribution to the state in the form of tax revenues, employment and tourism. This is the reason why the state’s senate approved the newest bill coming out from the legislature.

Known as the PILOT bill, it aims to provide support for casinos in the form of tax relief, so that they can recover from the losses suffered due to COVID-19.

A large amount of New Jersey’s tax revenue is from gambling. The PILOT bill is there to ensure that AC casinos will get a small tax break that will help them going forward. Tax analysts expect the state’s casinos to cough up between $10 million to $15 million more in taxes in 2022 should the PILOT bill get final approval. If the bill does not get approved, the tax payments could surpass $20 million.

Four casinos in the state would likely not be able to pay those bills and would be forced to close. With the PILOT bill, there is a chance they won’t close next year due to the tax break.

The Casino Association of New Jersey came out in support of the bill last week and said that it would provide stability for the industry as it is going through tough times. The PILOT bill would also protect the jobs of 20,000 employees from being terminated.

This is not the first time that a PILOT bill has come out of the state legislature. Five years ago, the state saw five of its twelve casinos close. State legislators did not want a similar situation and were more open to the PILOT bill this time around.

How Legislators View The Bill

While the bill had overwhelming support from Democratic state senators, the Republican state senators voted no in protest of the requirements for vaccination proof or a COVID-19 test to enter the statehouse. Some Democratic senators abstained while a former supporter of the bill voted against it because of the lack of information from the casinos about their financial conditions. 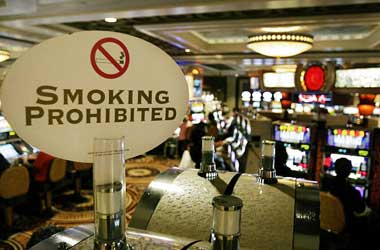