Glenn Straub, the new owner of the closed Revel Casino in Atlantic City has said that continued roadblocks from the local administration had prevented his company Polo North Country Club from re-opening the property to the public and the amount of red tape had completely frustrated and brought him to a place where he was thinking of abandoning all plans of opening out the Revel to the public.

Straub had purchased the property for $82 million in 2015 and had intended to open it as a hotel by mid-June. But the property has been unable to receive key permits and approvals from the city and the state which had hampered plans.

In the latest incident, Polo North was unable to receive approval for a modified site plan from the Casino Reinvestment Development Authority. The approval was made necessary after Polo North decided to develop a ropes course which would impact traffic flow through the site. The Authority did not grant the approval citing the need for more information regarding traffic management and related issues.

Polo North’s attorney Nick Talvacchia said that requiring another hearing in such matters was rare and not needed as all the relevant information had been provided to the authority’s land use board. Paul Weiss, the chairman of the land use board refuted those allegations by stating that it was common for hearings to be continued when there was a lack of information provided.

John Palmieri, the authority's executive director said that another hearing would enable the company to present a full picture of its development plans and afford the public an opportunity to understand the plans better. The public hearing which is part of the process has so far resulted in only one member of public who lives nearby raising concerns of traffic and noise levels arising from the property’s operations.

Straub has placed the blame for the delay completely on New Jersey lawmakers. In a statement, Straub said,

The $2.4 billion Revel casino opened in 2012 but closed in 2014 after the developer went bankrupt. The next hearing before the land use board is on September 8. If the board approves the development plan it will move to authority's full board for approval which is scheduled to meet next on September 20. 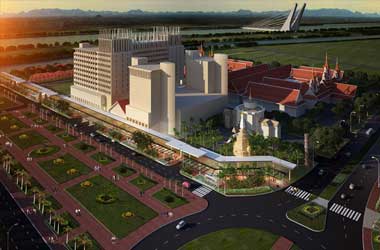