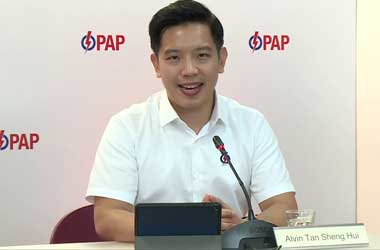 Singapore’s Minister of State for Trade and Industry, Alvin Tan Sheng Hui, said that the expansion plans of the two integrated resorts in the city would be delayed due to COVID-19 linked disruptions in construction. Tan added that the news is unsurprising as the pandemic has challenged construction timelines all over the world and as a result Singapore is predicted t have a slower recovery in 2022.

Tan acknowledged that while both Las Vegas Sands Corp. and Genting Singapore remained committed to their expansion plans, they have indicated potential delays in their timelines. Had normal circumstances prevailed, the expansions would add approximately $369 million per year to Singapore’s GDP and would have created up to 5,000 new jobs.

The two operators had announced their respective timelines for resort expansions in Singapore that were due to conclude by 2025. As of now, neither Las Vegas Sands nor Genting Singapore have confirmed a new timeline for their projects.

The government of Singapore had consented to the expansion in 2019. It was also announced that the two operators would be awarded with a continued duopoly on casino operations in Singapore till 2030, in lieu of their investment.

The plan for Marina Bay Sands envisions an entertainment arena with a seating capacity of 15,000 as well as adding a fourth tower to the existing complex. Genting Singapore’s Resorts World Sentosa is keen on expanding its non-gaming offerings as part of its plan.

Tan had announced the developments during a parliamentary debate on the city-state’s Gambling Duties Bill that was passed on 10 Jan. The Bill introduced several amendments to the Casino Control Act, which includes the extension of the casino exclusivity period for the two operators till the end of 2030 and a new tax regime for gross gaming revenue (GGR).

The new system will become operative in March and will lead to a yearly tax rate on mass GGR from 15 percent to 18 percent for the first SGD 3.1 billion of GGR earned by the operator. Beyond SGD3.1 billion, the tax rate will be 22 percent. Currently, the Premium GGR is taxed at 5 percent. The new tiered tax model will ensure that the first SGD 2.4 billion of GGR will be taxed at a rate of 8 percent; and at 12 percent beyond that.

Fitch Rating speculated in November that the casino revenue in 2022 would recover to almost 75 percent of the revenue made in 2019. As per the operators, their combined casino revenue for 2019 totaled approximately SGD 4.52 billion at current exchange rates. Resorts World Sentosa generated SGD 1.62 billion revenue in 2019. Las Vegas’ Marina Bay Sands generated SGD 2.93 billion.