SkyCity, one of New Zealand’s top gambling operators, decided to stop waiting for the government to give its official approval for online gambling operators to launch in New Zealand. This was possible because of a gap in the gambling laws which allowed for a European-based online casino. SkyCity’s willingness to exploit a loophole in gaming regulations has drawn criticism from the New Zealand government.

Currently, unlicensed overseas gambling websites are reportedly pulling in $400 million annually from Kiwi gamblers. That’s a lot of money that New Zealand gambling operators are not getting. This is why SkyCity was so desperate to launch its own site and start getting a cut from this lucrative market.

SkyCity decided that it could no longer wait for the New Zealand government to come out with gambling law changes which would have allowed them to officially and legally run a Kiwi-based gaming site. So the casino operator decided to follow in the footsteps of offshore operators.

Though the gaming operator is technically not allowed to run a gambling site based locally, there is nothing that stops the company from launching an offshore site and accept NZ gamblers and their money.

The company first announced plans of following this strategy back in August 2018 and has now proceeded with its launch. Technically, the site is unregulated but SkyCity wants to blunt all the criticisms it might face so it has installed all the needed anti-problem gambling measures and offers to pay taxes rate on any of its earnings.

Though the exploitation of the loophole is clever, Internal Affairs Minister Tracey Martin is quite disappointed that the company had to resort to using it.

In a statement, Martin said this

highlights how inadequate these laws are – it’s not just for them, but also the huge number of offshore gambling games that are coming into New Zealand now that we have no way to control.

Back in August, Martin already said that she would be proposing new regulations to govern online gambling. The proposal has progressed and will be presented for review in April. After that, it will be presented to public consultation for any changes.

SkyCity is quite supportive of Martin’s push to allow for regulated New Zealand-based sites. However, any law changes from Martin’s efforts will take at least two more years to come to final approval. This is why SkyCity pushed for an offshore location. Currently, the site is being promoted by news reports and SEO rankings since it cannot directly target Kiwi gamblers 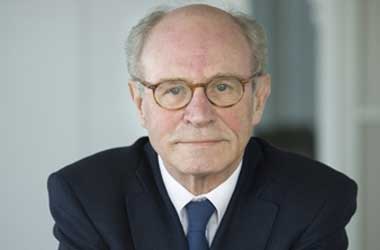